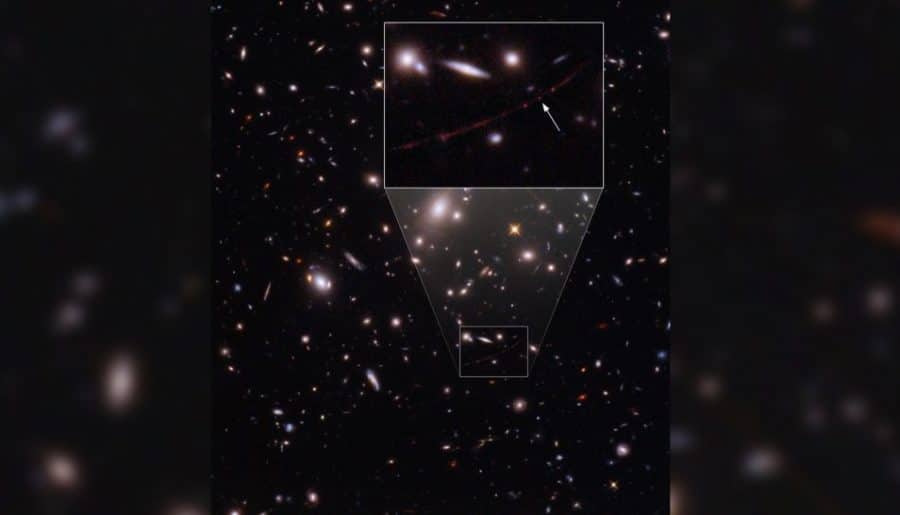 Another astonishing breakthrough for astronomy has happened. NASA’s Hubble Space Telescope has spotted the farthest and one of the most ancient stars known in the galaxy.

Astronomers nicknamed the detected star, Earendel, which was derived from the Old English word that means “morning star” or “rising light.” It was also named after a character whose name means morning star from the famous book The Silmarillion, written by J.R.R. Tolkien. Brian Welch, the astrophysicist who spotted Earendel, was a fan of Tolkien’s works.

The light from Earendel was so distant that it took 12.9 billion years to reach Earth. It was born just 900 million years after the birth of the universe, or the Big Bang. It means Earendel existed shortly after the emergence of the newborn universe in its early stages of development. Because Earendel is so old, it may not have even used the same raw materials as the stars we have around today.

The discovery beat the previous record of the most distant star, nicknamed Icarus, a blue supergiant star found in 2018. The light of Icarus took roughly 9 billion light-years to reach the Earth, and it was said to have existed for 4.3 billion years after the universe was born.

According to researchers, Earendel is 50 times greater than the mass of our sun and is millions of times brighter than our star, making it one of the most massive stars in the entire known universe.

Normally, the most massive star, or even an entire galaxy would only look like a smudge of light and would not be easily detectable at vast distances. But thanks to a rare alignment of a massive cluster of galaxies and the effect of gravitational lensing, Earendel was detected by chance.

WHL0137-08 is a cluster of galaxies that sits between Earth and Earendel. Its gravitational pull is so strong that it warps space and amplifies the light around it. It basically produces a wonderful cosmic telescope lens through gravitational lensing which acts as a giant magnifying glass.

Gravitational lensing is a phenomenon that occurs when a body with a massive amount of matter (like stars) bends the space around it and magnifies the light of distant background objects or galaxies behind it. It is able to bend light.

The rare alignment of WHL0137-08 and the gravitational lensing effect amplified the light of Earendel, allowing the Hubble to detect the star and capture its image. The magnified galaxy where Earendel resides was warped into a long crescent arc, nicknamed the Sunrise Arc. It is the home of the discovered star.

With the use of cosmic lenses, astronomers can spot faraway galaxies, stars, supernovas, and quasars (extremely bright objects.)

The researchers aren’t certain yet if the Earendel is a single star, binary (two stars), or maybe even a triple star system. To find out more information and confirm if Earendel is indeed a single star, the team will use the recently launched James Webb Space Telescope (JSWT).

The Webb telescope will be able to analyze Earendel’s infrared light, reveal its mass and temperature, and measure the star’s chemical composition. It will also be able to conduct more observations and quantify the type of star.

According to researchers, this discovery will help us study and shed light on the mysteries of the early universe.

What are your thoughts about this amazing discovery? Please comment down below.