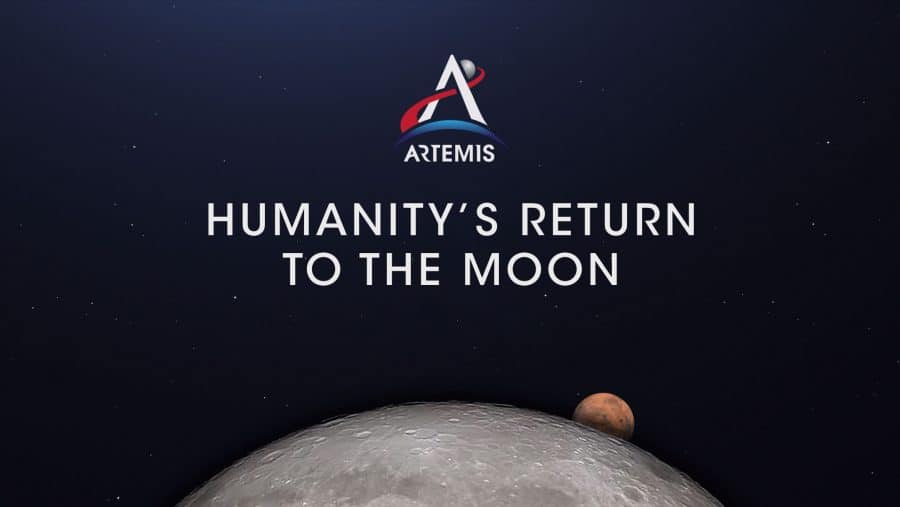 To all space enthusiasts here, I have amazing news for you! The dawn of a new era of moon exploration begins again, 50 years after the last Apollo mission.

NASA’s Artemis program plans to take humankind’s next giant leap and return to the Moon. They are launching the first stage, Artemis 1, which is among a series of ongoing complex space missions that NASA will run.

The Artemis Mission is named after Artemis, the Greek Goddess of the Hunt. Artemis is also Apollo’s twin sister, which makes the name fitting for the program as a successor of the moon mission.

This Artemis 1 mission’s goal is to test the capabilities of NASA’s Space Launch System and spacecraft Orion in a spaceflight environment. It will also assure a safe entry of crews on the surface of the Moon, as well as the drop, splashdown, and recovery before moving to the next mission, Artemis II.

The Space Launch System (SLS), or SLS for short, is a deep space rocket referred to by NASA as a “heavy lift” vehicle and the most powerful rocket in the world. It is the only rocket engine that can send the spacecraft Orion, with astronauts and cargo, directly to the Moon’s surface on a single mission.

It’s 322 feet high and is taller than the Statue of Liberty, which is 305 feet tall from ground level to torch. SLS also weighs 5.75 million pounds.

Moreover, SLS is powered by four RS-25 engines, the world’s highest performing, staged combustion engines. Each one is as tall as a double-decker bus and weighs about 7,700 pounds, as heavy as an elephant.

SLS also has a core stage (the orange part of the rocket) that is more than 200 feet tall. The core stage stores and use 730,000 gallons of supercooled liquid hydrogen and liquid oxygen to fuel the RS-25 engines. The rocket also has two shuttle-derived solid rocket boosters that generate more than 75 percent of the rocket’s thrust.

During launch and liftoff, SLS will generate 8.8 million pounds of thrust. Thrust is the mechanical force created by the rocket’s propulsion system that moves the rocket through the air and space. The SLS rocket will also generate 15 percent more maximum thrust than the Saturn V rocket used in the Apollo 11 mission. This makes SLS more powerful than the Saturn V rocket, the only super heavy-lift launch vehicle that carried astronauts to the Moon.

In addition, during its first 8 minutes of flight, SLS will also accelerate at 17,000 miles per hour. For greater context, Saturn V only achieved maximum speeds of 6,114 miles per hour.

On the other hand, Orion is the safest spacecraft designed to carry humans to the Moon and beyond. It is named after one of the most well-known and largest constellations in the night sky.

It has a Crew Module (CM) space capsule, a reusable transportation capsule providing habitat for the astronauts, storage for research instruments and consumables, and the crew transfer’s docking port for crew transfers.

In addition, the crew module is 16 feet and 6 inches wide, 10 feet and 10 inches tall, with a mass of about 8.5 metric tons. It can carry four to six astronauts, lasting 21 days undocked and up to six months docked.

The Orion spacecraft will have its three-week mission on the Moon, traveling more than 1,300,000 miles and returning to Earth. During its mission, it will be the exploration vehicle that sends and safely carries astronauts to space.

Orion is also integral to NASA’s Artemis missions because it will be the first spacecraft to send the first woman and first person of color to the Moon.

Now you might be wondering if there will be people onboard Orion.

As it will be an uncrewed mission, no people will be onboard the Orion spacecraft. However, Orion will host three manikins (mannequins) provided by NASA to simulate human astronauts.

One mannequin is named Commander Moonikin Campos, which is named in honor of Arturo Campos. He is an American electrical engineer that worked at NASA and helped devise a solution to save and return the Apollo 13 crew back to Earth in 1970.

The Data that will be gathered will help NASA assess the stresses of deep space and protect the crew during launch, liftoff, spaceflight, and landing.

The other passengers flying aboard Orion are nicknamed Zohar and Helga. They are phantoms or female-bodied model human torsos (limbless). Helga and Zohar will be equipped with 5,600 sensors to measure radiation.

In addition, Zohar will wear a protective vest against radiation, while Helga won’t. This is to see how much of a difference the radiation impacts the body with or without the vest.

Other passengers on board include Amazon’s Alexa, Snoopy the cartoon character, Shaun the Sheep, Four LEGO mini figures named Julia, Kate, Kyle, and Sebastian, and a Moon rock sample.

Snoopy will wear the iconic NASA orange jumpsuit and act as a zero gravity indicator.

So when is the launch happening?

It was supposed to have launched on Aug. 29, 2022. However the first launch attempt was scrubbed about 40 minutes before the targeted launch time due to unexpected problems with one of the rocket engines.

NASA then announced on Aug. 31, 2022, that it would make its second launch on Sept. 3, 2022. However, that launch was called off for the second time due to a hydrogen leak. Because of this, NASA will delay any new launch attempt until at least Sept. 19, 2022, for the Artemis moon mission.

Even though there have been hurdles in the launching attempts, there’s still a lot to look forward to. If everything goes smoothly with the future launch of Artemis 1, NASA will move to the next mission called Artemis 2.

This next mission will send astronauts into lunar orbit but not to the Moon’s surface, and is currently scheduled for launch in May 2024.

What are your thoughts about this? What are you looking forward to the most about NASA’s Artemis Mission? Comment down below and share it with others!