KidzNet > Science > Alien Plants: Are There Intelligent Plants In The Universe? 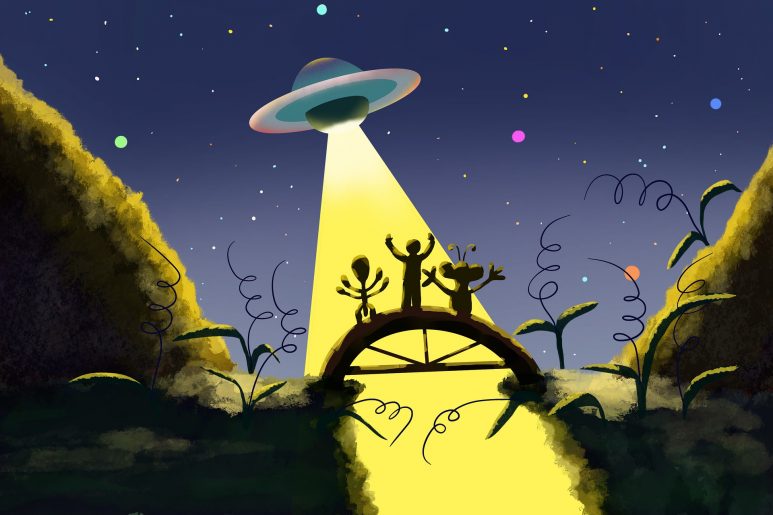 Scientists have long been searching for any telltale signs of life on other planets or celestial bodies in space. And if you’ve already watched a bunch of movies about aliens, I’m pretty sure this question has crossed your mind multiple times.

Is there really extraterrestrial life beyond Earth?

From sentient humanoid aliens in Star Wars to aggressive and deadly extraterrestrials in Predators to bug-like aliens in Men in Black films — there are many depictions of aliens in movies. But one depiction, in particular, that is quite interesting is sentient or intelligent alien plants.

Plants that are conscious and able to experience feelings! Cool, right?

Groot from Guardians of the Galaxy is an excellent example of one! Groot is an extraterrestrial, sentient tree-like creature from Planet X. In one comic, the writer Edgardo Miranda-Rodriguez described Groot as a Ceiba tree, the national tree of Puerto Rico. It was believed that the souls of the deceased inhabit the Ceiba tree.

Here’s another iconic example of an alien plant from a movie. Have you watched the film E.T. the Extra-Terrestrial? (If you haven’t yet, you better watch it now.)

Did you know that E.T was a plant? Pretty mind-blowing, right? Steven Spielberg revealed that E.T. is actually a non-gendered plant.

Now, here’s a big question: Is it possible for sentient alien plants to actually exist in the universe?

But before we look into sentient alien plants in the universe, we must first try to examine for any probability of plant life in space.

NASA suggests in several studies that plants that may live on an exoplanet or a planet that orbits a star outside the solar system could come in various colors, such as blue, green, yellow, red, purple, or even black.

They also propose that a plant would be grayish-black in color on a planet orbiting two red dwarf stars to best absorb the light. This is because the plant will absorb across the entire visible wavelength to use the available light as possible.

This has a lot to do with photosynthesis, or the process used mainly by plants and other organisms to convert light energy from the sun into chemical energy in the form of sugar or glucose. As each planet will have distinct dominant photosynthesis colors, it would likely create non-green plants.

Scientists also hypothesize that land-based alien plants near red dwarf stars would naturally evolve sunscreen to protect themselves from deadly star flares from the red dwarf star. A red dwarf typically has a surface temperature of about 3140° to 5840 °F.

They also speculate that if the plants live in the water, they may temporarily move, shrink, or sink to evade a solar flare or when they sense radiation bursts to shield their photosynthetic molecules.

Imagine plants that could move on their own and create a shield!

If this were actually to exist on other planets and even evolve on Earth in the future, would they be considered sentient alien plants too?

What are your thoughts about this? Do you know other alien plants in movies? Comment down below and share them with others!