KidzNet > Facts > The History Of Trick-or-Treating, And How It Became A Halloween Tradition 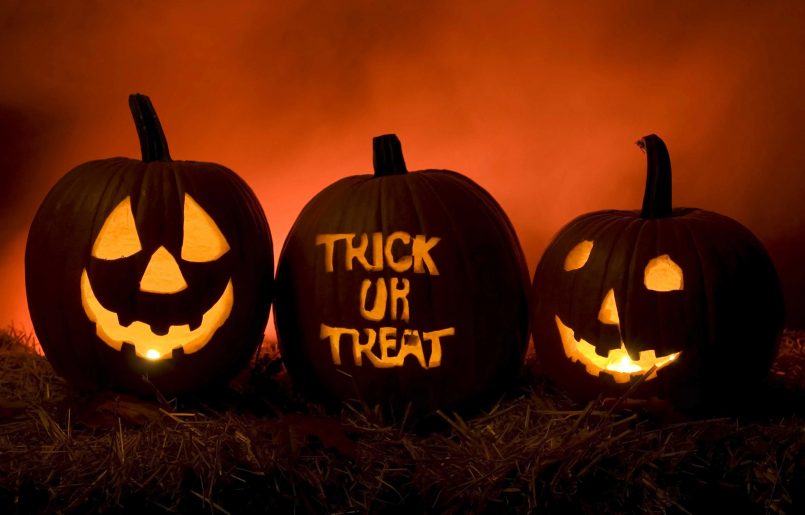 October is a Spooky Month, I’m going to share with you a series of posts about Halloween. Here, we’ll delve into its origins, traditions, tales, and superstitions—learning more about this much-loved autumnal holiday.

So read on and enjoy our Halloween series!

It’s that time of year again — when children and adults get into costumes and go door-to-door around the neighborhood, ringing doorbells and asking for treats.

It has become a custom for people to scream the phrase “Trick or treat” while waiting for their neighbor to open the door.

But if you think about it, this tradition is somewhat strange, right? So, where did trick-or-treating come from anyway?

Before that, let’s talk about the origins of Halloween first.

Did you know that Halloween dates back more than 2,000 years as a pre-Christian Celtic festival of Samhain? It was usually celebrated from the night of October 31 to November 1.

Samhain (SAH-win) is a pagan religious or a Gaelic festival from an ancient Celtic spiritual tradition. It marks the end of the harvest season and the start of winter, or the “darker half” of the year.

The Celts believed that the barrier separating the physical and spirit worlds would break during Samhain. This allows the demons, fairies, and souls of the dead to return and walk the Earth. As a result, Celts would gather to light communal bonfires and leave offerings outside villages to pay homage and win the favor of the dead.

During the Samhain celebration, the Celts, or tribes that originated in central Europe, usually disguise themselves so the spirits and demons wouldn’t recognize them.

It was also believed that failure to participate in the Samhain celebration would result in death or illness as a punishment from the gods.

In the 17th century, Samhain changed into All Saints’ Day or All Hallows’ Day, and then All Hallows’ Eve—later turning to “Halloween.” This was when the Catholic church adopted Samhain and the Celtic New Year.

It was only in the 1800s that Halloween became popular in the United States when European immigrants brought the custom there.

So, how did trick-or-treating become a tradition?

On All Soul’s Day, as early as the 16th century, poor people in medieval Europe would visit the houses of wealthier families. During the Celtic holiday Samhain, they would go door-to-door and often receive soul cakes or small round pastries.

Soul cakes are made with cinnamon, nutmeg, raisins, and ginger. It is stamped with a cross as a symbol that a soul is saved from Purgatory. In exchange for these pastries, poor people would offer to pray for the souls of their neighbors’ dead loved ones. This practice is known as “souling,” which was later taken up by the children. And instead of pastries, they would often receive money, nuts, or candies.

Another tradition was called “guising,” when young people in Scotland and Ireland would dress up in costume (often with a mask) and accept offerings. They would also perform skits for various households in exchange for food or money.

It was only until the 1920s that candies get introduced to the trick-or-treating tradition. Nuts and fruits, especially apples, were also commonly given to trick-or-treaters.

Here are some vintage photos of Halloween “Trick or treating” before.

However, souling was replaced with “tricks” or pranking. This includes acts such as tying doors shut and rattling windows, and it only got worse the following decade. Finally, in the 1930s, one theory suggests that these outrageous pranks led to organized, community-based trick-or-treating.

These pranks also likely gave rise to the phrase “trick-or-treat.” Although it’s still unknown where the term “trick or treat” originated and was coined. However, it was firmly established when the Peanuts comic strip depicted it in 1951.

Disney also produced a cartoon titled “Trick or Treat” in 1952. This cartoon featured Donald Duck and his nephews Huey, Dewey, and Louie.

What are your thoughts about this? Do you have other fun facts about trick-or-treating? Comment down below and share them with others!