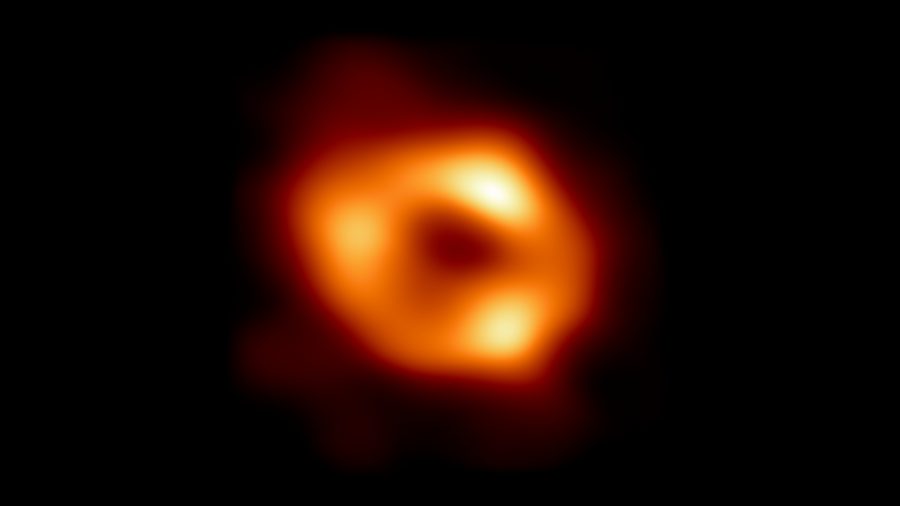 Have you ever wondered what’s at the heart of our Milky Way galaxy?

Did you know that it’s a black hole?

And for the first time, scientists have captured a direct image of the black hole, known as Sagittarius A* (Sgr A*), which is located at the center of our home galaxy, the Milky Way. They used the Event Horizon Telescope (EHT), a global network of radio telescopes to create the image, combining the data from the eight observatories around the world. This recent discovery confirms that it is, indeed, a black hole that lies at the heart of our own galaxy.

The image shows the black hole surrounded by a bright, thick, lopsided ring of glowing gas, which is identified as the blackhole’s shadow. As light cannot escape the blackhole’s powerful gravitational pull, it’s impossible to see the Sagittarius A* clearly—that’s why the image only shows the silhouette of a fuzzy ring of warped light. But according to the scientists, even though the image of Sagittarius A* seems blurry, it’s one of the sharpest images they ever made.

Sagittarius A*, also commonly referred to as “the gentle giant in the center of our galaxy,” is a supermassive black hole (largest type of black hole) that is located near the borders of the Sagittarius and Scorpius constellations. It is about 27,000 light-years away from Earth and 4.3 million times bigger than our sun.

But did you know that this is not the first image of a black hole captured?

In 2019, the same team unveiled the first ever black hole image taken, which lies in the center of the galaxy Messier 87 or M87, 53 million light-years away.

Based on their observations, Sagittarius A* eats or swallows the nearby gas and bends the light surrounding it with its powerful gravity, just like the black hole inside M87—hence why they look so similar.

But while the images of the two black holes look similar, they differ significantly from each other. Sagittarius A* is 1,000 times smaller and less massive than the black hole in the M87 galaxy.

These unprecedented observations of the two black hole images will allow the astronomers to know their differences and similarities. It will also help us learn how these supermassive black holes of different masses behave, contributing to the study of how galaxies form and evolve.