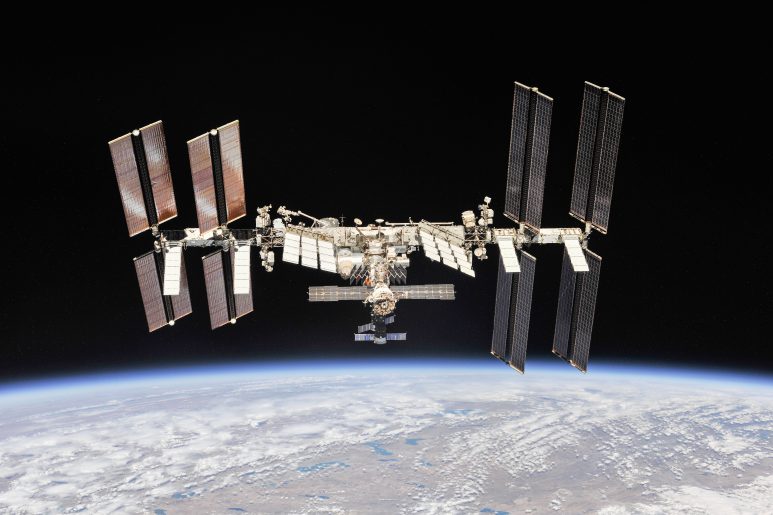 Astronauts go to the International Space Station (ISS), living there for months to conduct scientific experiments, gather data for analysis on Earth, and maintain the station.

But have you ever wondered about some of the things astronauts experience while living there?

So how does space decrease a person’s bone mass?

When astronauts travel into space, they experience microgravity or a condition where people or objects float in space or appear to be weightless. This microgravity is what causes the decrease in bone mass.

To understand it better, we first need to know more about how bones are formed and maintained in our bodies.

As a person grows, bone tissues undergo a process called remodeling, meaning the bones break down and are rebuilt continuously. And the two main cell types that sustain and regulate the bone structure are osteoblasts and osteoclasts.

Osteoblasts are the cells that build bones by laying down layers of minerals like collagen. On the other hand, osteoclasts are cells responsible for breaking up bones and absorbing them back into the body. They use white blood cells to help dissolve the minerals outside the bone and break down the bone matrix, causing the release of calcium. After that, the bones undergo a process called resorption, meaning it reabsorbs the calcium.

Since astronauts float in space (due to lack of gravity), their bodies have reduced pressure on their legs to support their bodies. As a result, they experience fewer weight-bearing activities that keep the bones healthy by maintaining a certain bone density to support the body. And like muscles, bones will weaken when unused.

Because of lessened physical activities, the osteoclasts (cells that remove bones) begin to absorb bone much faster, breaking down the bone structure. And the osteoblasts (bone making cells) can’t catch up anymore, not being able to produce new bone in time. This causes an increase in bone resorption (bone loss). This would also increase the risk of developing conditions like Osteoporosis.

In microgravity, previous research has found that astronauts lose about 1% to 2% of their bone density for every month spent in space. And after returning to Earth, some astronauts’ lost bone mass was replaced, but it had not returned to normal even after a year.

Moreover, some crew members experienced permanent bone density loss after the long-duration space missions. They also found that loss of bone mass and strength are more evident in their pelvis or total hip bone mass.

In addition, studies have found in their experiments that astronauts who went to the ISS for space missions for four to seven months (longest missions) were the slowest to recover after coming back to Earth.

“The longer you spend in space, the more bone you lose,” researchers stated.

To solve this concerning issue, researchers have conducted experiments on 17 astronauts before and after spaceflight. They found that a possible solution to losing bone mass is exercise training and improving nutrition.

According to researchers, exercises such as weightlifting, deadlifting, or any weight-bearing exercise could also decrease bone loss (especially after returning home).

Another possible solution is the genetically modified lettuce developed by a team of researchers at the University of California. This experimental lettuce produces a human parathyroid hormone (PTH) peptide, which is a hormone that stimulates bone growth.

This would mean astronauts could carry these transgenic (genetically modified) seeds in a tiny vial and grow them like regular lettuce. They could then eat them to maintain their bone density while in space. However, this strain of lettuce still needs more study to ensure its effectiveness and safety on long-duration space missions.

This bone mass loss could be a major concern for future long-duration space missions, especially on Mars. NASA has planned projects to study the long-duration mission effects (a year or more in space) on a person’s body systems. These upcoming projects will help astronauts better understand the effects of microgravity on bone density and to stop bone mass loss.

What are your thoughts about this? Do you have any ideas to help prevent astronaut bone loss while they are in space? Please comment down below to share them with others.