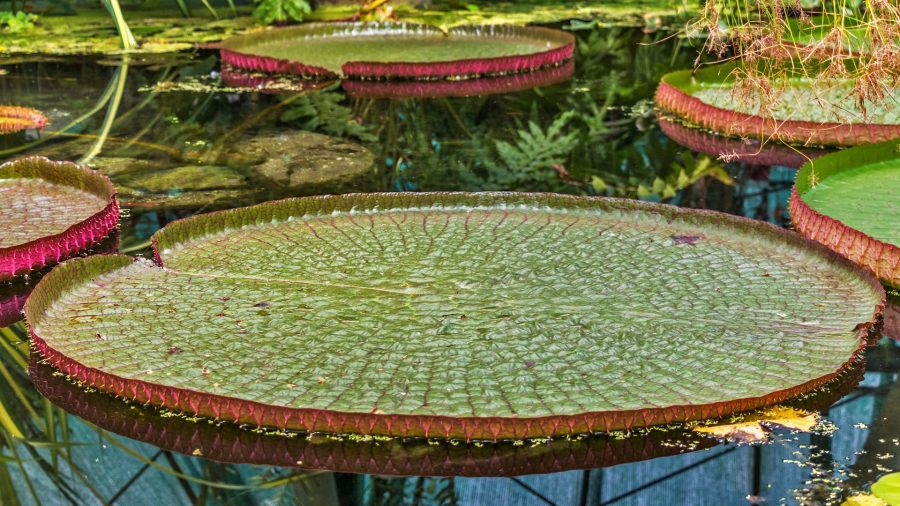 The new giant waterlily named Victoria boliviana was already in the Royal Botanic Gardens’ archives and was growing in Kew’s Herbarium for 177 years. However, it was previously mistaken for Victoria amazonica.

But Carlos Magdalena, a world horticulturist on waterlilies, has always had a suspicion that there’s a third waterlily species. His suspicion rose after receiving a collection of giant waterlily seeds of the suspected subspecies, which were donated by the Bolivian institutions Santa Cruz de La Sierra Botanic Garden and La Rinconada Gardens in 2016.

As he germinated and grew the waterlily seeds at Kew Garden, he noticed something unique and observed the differences after watching the two waterlily species grow side by side. And this discovery has finally confirmed his suspicion.

This newly-named giant waterlily feature leaves reaching up to 3 meters (10 feet) wide in the wild. It naturally grows in Llanos de Moxos’s aquatic ecosystems. Victoria boliviana now holds the record for the largest waterlily in the world. Moreover, researchers have stated that this species of giant waterlily can carry a full-grown man’s distributed weight.

Victoria boliviana produces many flowers (growing larger than soccer balls) that open one at a time for just two nights. After opening, these flowers would turn from white to pink, bearing spiny petioles (stalks that support and attach the leaf blade to the stem). The underside of its leaves is also fascinating, resembling a cross between an old cathedral’s roof and a suspension bridge.

Carlos Magdalena said that this first discovery of the third waterlily subspecies was the most significant achievement of his career at Kew’s for 20 years. During his investigation, Magdalena worked alongside Lucy Smith, one of Kew’s botanical illustrators.

The resemblance between this new waterlily species and the one Kew artist Walter Hood Fitch drew in 1847 and 1851 in Bolivia caught Smith’s eye. In fact, the similarities proved that they are the same.

Identifying and describing new species is essential to botany as it will help conserve these plant species and learn more about the giant waterlilies, including their population, size, and dispersal of these plants from one place to another.

People can now see the new giant waterlily, Victoria boliviana, in the Waterlily House and the Princess of Wales Conservatory at Kew Gardens. Moreover, Kew Gardens is the only botanic garden place in the world where visitors can see the three Victoria waterlily species together side by side.