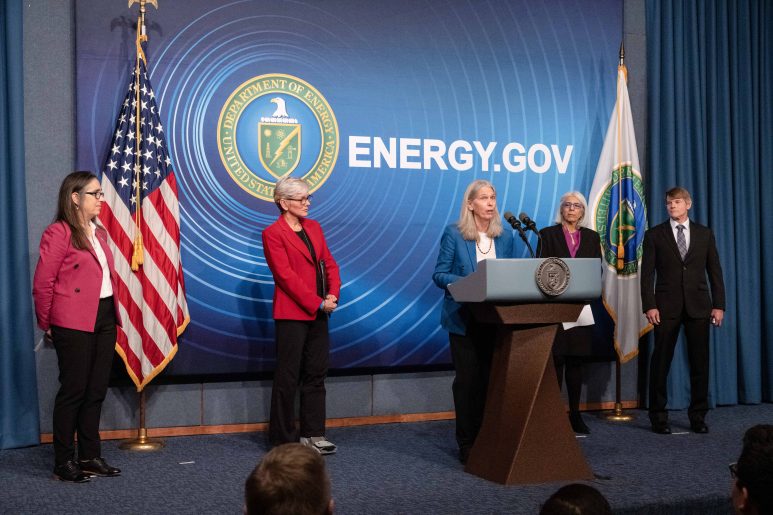 For the first time in human history, scientists have achieved a nuclear-fusion breakthrough in a laboratory setting after 70 years of research. What an unprecedented milestone!

On December 13, 2022, they announced that they had reproduced the first-ever nuclear fusion reaction, the phenomenon that powers the Sun or other stars.

But first, what is nuclear fusion? It’s when the nuclei of two atoms combine to create a new atom with slightly less total mass.

The research also achieved fusion ignition, or when a fusion reaction generates more energy than it consumed and becomes self-sustaining. Self-sustaining means an energy source that can be used again and again without getting depleted.

So how did the researchers achieve this?

On December 5, 2022, a team of scientists used 192 giant lasers to fire 2.05 megajoules (million joules) of energy at a gold cylinder the size of a pencil eraser called a hohlraum. It contains a frozen pellet of tritium and deuterium, heavier forms of hydrogen.

The lasers emit high-energy X-rays that heat up the hohlraum’s outer layers. The capsule’s inner part then compresses, forcing the deuterium and tritium to fuse. Afterward, the multiple lasers’ energy pulse blasted the capsule within a few billionths of a second.

It was so strong that it heated the hohlraum to more than 5 million degrees Fahrenheit, about 100 times hotter than the Sun’s surface. This temperature can only be seen in thermonuclear weapons and stars. Imagine that!

The reaction released a recorded 3.15 megajoules (MJ) of energy compared to the 2.05 megajoules of energy used to fire it up. It was roughly 54% more than what was used to heat the pellet. And this result crossed the threshold for ignition, a standard criterion for fusion reactions.

Since the early 1950s, fusion research has been going on, and this is the first time it has ever produced more energy than it consumed. What a historic success!

The experiment happened at the National Ignition Facility (NIF) of the Lawrence Livermore National Laboratory in California, which was described as the world’s largest and most powerful laser system. The instrument, the NIF facility, is a laser-based inertial confinement fusion research device about the size of a sports stadium and averages about ten shots per week.

This successful experiment will help provide the future a chance to generate near-limitless, safe, and clean energy sources here on Earth. This will also aid in creating an alternative to fossil fuels.

Although the nuclear fusion experiment was a success, the result is still a long way toward commercializing this fusion-powered clean energy source.

What are your thoughts on this? Do you think this would be a great energy source in the future? Comment down below with your answers!