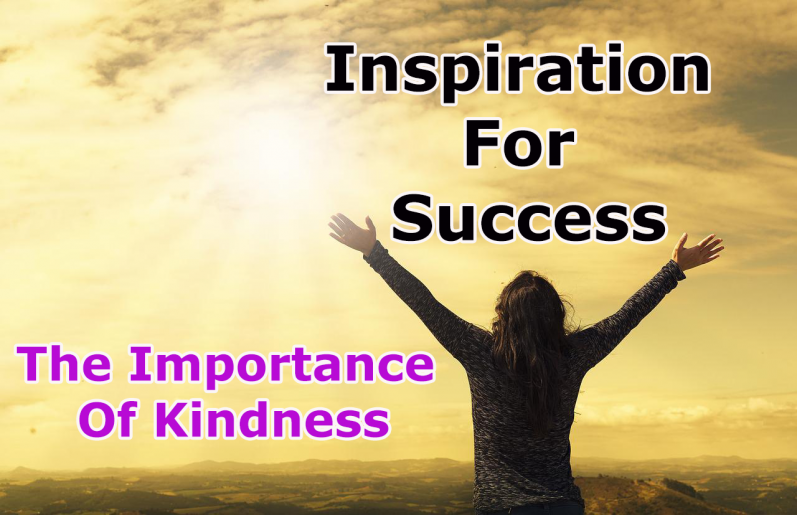 I first started this project many months ago, but had to hold off a while because of my school work and tests. I hear motivational and inspiring stories from many of the closest people I know – grandparents, parents, and others. I was really motivated by their stories and I felt the power of them. If you too are motivated in the right way, you may also have felt the undying power it gives. That power could lead us to success in life. Furthermore, I have to say “Believing in yourself” is the best way to succeed.

I now bring to you a great story that tells us the true importance of kindness. This is a story about a young woman who helped a poor boy named Howard with a glass of milk. “It’s just a glass of milk, But she paid in full.” Read the story below to get the whole idea of it, and don’t forget to comment with your thoughts!

One day, a poor boy  was selling newspapers from door to door to pay his way through school. Just a very few people bought his newspapers. But he found that he had only one thin dime left, and he was hungry. He decided he would ask for a meal at the next house. He knocked at the door. However, he lost his nerve when a lovely young woman opened the door. Seeing the woman, instead of a meal, he asked for water to drink. She – the young woman, thought he looked hungry and brought him a large glass of milk and two biscuits.

He drank it slowly, ate the biscuits, and then asked, “How much should I owe you?”

“You don’t need to owe me anything,” she replied lovingly. “We can’t accept pay for kindness.”

He said, “Then I thank you from my heart.”

As Howard – the poor boy left that house, he not only felt stronger physically, but his faith in God and man was stronger too. He had been ready to give up and quit selling newspapers.

Days, months, and years went by and Howard eventually became a doctor. Later that young woman – now an old lady, became critically ill. The local doctors were baffled. They told her that the illness could not be cured by them. They finally sent her to the big city, where they called in specialists to study her rare disease.

Dr. Howard was called in for the consultation of that old lady. When he heard the name of the town she came from, a strange light filled his eyes. He remembered the young woman who helped him in his childhood. The past memories flew into his mind. Immediately he rose and went down the hall of the hospital to her room.

Dressed in his doctor’s gown he went in to see her. He recognized her at once. He went back to the consultation room determined to do his best to save her life. From that day he gave special attention to the case.

After a long struggle, the battle was won and the lady was cured. Dr. Howard requested the business office to pass the final bill to him so he could pay it for her. He looked at it, then wrote something on the edge before the bill was sent to her room.

She feared opening it, because she was sure it would take the rest of her life to pay for it all and she has no one to help her financially. Finally, she looked and something caught her attention on the side of the bill. She began to read the  words:

“Paid in full with one glass of milk.”

I hope this story taught you the importance of helping others. Just a glass of milk with two biscuits – one will say it’s just so little. But for the poor boy in his need, it was something really valuable. Even after many years he could still remember the woman who helped her in need. He saved her life.

Moral: Don’t hesitate to help one in need, even if it seems small. It will return to you even after many years.

I hope you got something for your life from this story . I heard it from a motivational talk by Ajan Brahm Thero. If you like my project, please comment below. It will give me great strength to continue!

Remember: Don’t Give Up!!