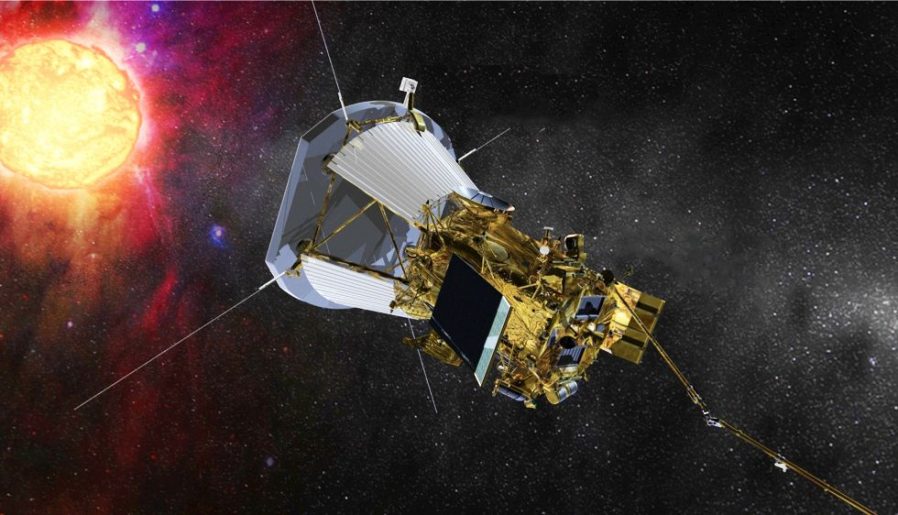 For the first time in history, a NASA spacecraft called the Parker Solar Probe successfully entered the corona, or the outermost part of the Sun’s atmosphere, hence “touching” the Sun. It is one of the monumental developments in solar science because it has always been one of the key goals of the Parker Solar Probe to fly through the corona. Many people thought it would never be accomplished.

The idea of sending a spacecraft to the Sun to study the solar particles and the Sun’s nearby fields was first introduced way back in 1958, but the study was always postponed due to high costs and the limited technology to withstand the journey. In the early 2010s, the original Solar Probe was incorporated into Solar Probe Plus, which was a redesign and much lower-cost mission of the spacecraft. It started using numerous gravity assists from the planet Venus to help it have a more direct orbit closer to the Sun.

The spacecraft’s name was later changed to Parker Solar Probe on May 31, 2017. It was the first-ever mission named after a living person, in honor of the astrophysicist, Dr. Eugene Parker. He is the first person to predict the existence of solar winds, which are a constant stream of solar materials that escape the pull of the sun and gush out into space.

The Parker Solar Probe was launched on August 12, 2018, from Florida’s Cape Canaveral Space Force Station. After three years of spiraling closer to our Sun, the spacecraft finally arrived on April 28, 2021, during its eighth orbit around the Sun.

The Parker Solar Probe pierced through the corona, remarkably touching solar material still bound to the sun, which is about one million degrees Kelvin or 1,800,000 °F. On the other hand, the photosphere is around 6,000 Kelvin or 10,340 °F, making the corona’s temperature 300 times hotter than the visible surface of the Sun. The photosphere is the outer surface of the sun where the surface first appears cloudy with 50% of its light scattered.,

To compare how hot it is, the temperature of lava from volcanic eruptions ranges between 1,300 to 2,200 °F. Imagine how fantastically hot the corona is!

Now, you might be wondering how Parker Solar Probe can “touch” the Sun without melting?

It’s because the Parker Solar Probe was specifically designed by the Johns Hopkins Applied Physics Laboratory to withstand extreme temperature changes and conditions for the mission. The spacecraft is equipped with a heat shield, also known as the Thermal Protection System (TPS), which reflects the heat off the front and keeps things cool in the back.

The TPS is 2.4 meters (8 feet) wide and 4.5 inches (115m) thick. It is made of a carbon composite foam sandwiched between two carbon plates. Its Sun-facing plate is polished with white ceramic paint that reflects as much heat as possible. The shield can withstand the Sun’s heat of up to 2,500 °F or 1,377 °C, which helps maintain a manageable temperature for the solar probe and its other instruments to keep them safe. The heat shield can keep all components behind it at a temperature of below 30 C° or 85 F°— just above room temperature.

The spacecraft also has autonomy software, which helps keep itself and the probe’s instruments safe and cool behind the heat shield. It has several solar limb sensors attached to the probe’s body, just poking out at the very edge of the shadow from the heat shield. If these sensors detect any sunlight, the probe’s central computer will be alerted that it’s going in the wrong direction and correct itself to protect the sensors and other instruments from getting too hot.

The Parker Solar Probe also has a cooling system, which uses 3.7 liters of pressurized deionized water as a coolant that keeps the solar cells from overheating. It consists of a heated tank and two radiators that keep the coolant from freezing, aluminum fins that enhance the cooling surface, and pumps that help circulate the coolant. The coolant circulates through the probe’s instruments and removes the heat by transferring it to the radiators and fins, which radiates the heat out into space.

Another key concept to understand why the Parker Solar Probe doesn’t melt is the difference between temperature and heat. Temperature is the measurement of how fast particles are moving, while heat is the total amount of energy transferred. If you measure the temperature of something with a probe, you are observing the metal particle speeds. However, if you touch it, you feel the heat transferring energy to you.

The corona has a very low density, meaning the plasma particles are fairly spread out. So even when the particles are moving fast (high temperature), the heat around the spacecraft is manageable because not a lot of energy is transferred to it (low heat).

You can compare this to when you put your hand in an oven (Don’t try this at home!). The oven might be about 400°F, but your hand’s not going to be 400°F as well because it’s interacting with fewer particles inside. Your hand will not receive as much heat. However, over enough time, they would start to reach this temperature and cause severe burns.

So even though the Parker Solar Probe may travel through regions with high temperatures, the heat shield’s temperature will only reach about 2,500 F.

After the spacecraft entered the corona, it was able to sample solar particles and collect data about the Sun’s magnetic fields for five hours. Its imaging instrument called Wide-Field Imager for Parker Solar Probe (WISPR) has captured images of streamers or the corona’s structures, which can only be seen from Earth during a total solar eclipse.

As it circles even closer to the solar surface, the Parker Solar Probe also discovered the origin of switchbacks, or the magnetic zigzag structures in the solar wind that were first observed in the 1990s. The data shows the switchbacks are formed from the photosphere, or the visible surface of the Sun.

Scientists think that this discovery could help pinpoint how switchbacks are made, where solar wind comes from, and what accelerates it. This will help uncover the long-standing mystery of the corona’s temperature and why it’s 300 times hotter than the solar surface.

The Parker Solar Probe will complete 24 orbits around the Sun, and at its closest approach, the spacecraft will come within about 3.9 million miles or 6.2 million kilometers of the Sun. It will beat the current record holder by a large amount, Helios 2, a spacecraft that came within 27 million miles from the Sun.

On its final set of orbits, the spacecraft will hurtle around the Sun at a speed of 430,000 mph or 700,000 kph, which is fast enough to travel from New York to Tokyo in less than a minute!

And over its mission duration of seven years, the Parker Solar Probe will gather information to help scientists understand the evolution of the Sun and how it impacts our solar system, and to learn more about the mysteries of other stars in the universe that are similar to our sun.