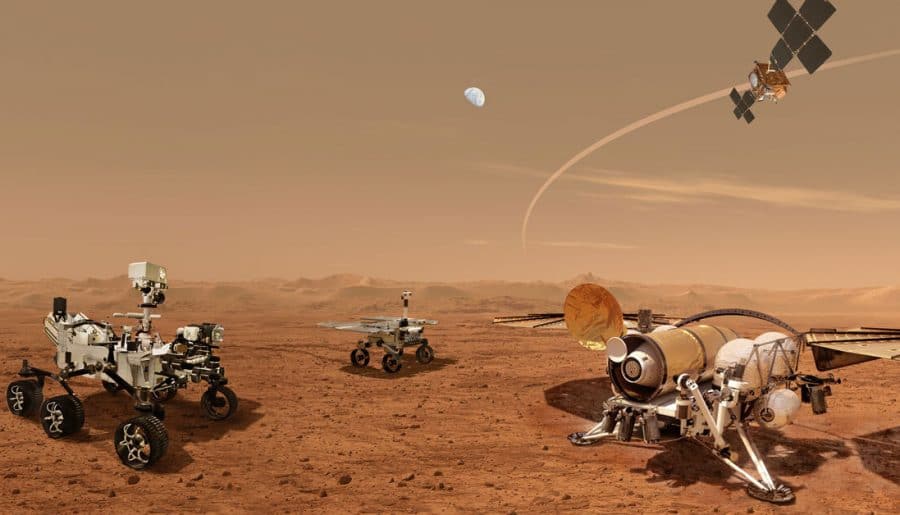 Did you know that Mars, commonly referred to as the Red Planet, also experiences quakes?

They are called Marsquakes.

On May 4, The NASA InSight lander (Interior Exploration using Seismic Investigations) detected the strongest marsquake ever recorded so far on the red planet. It was estimated to have hit a magnitude 5 on the 1,222nd sol (Martian day) of the Mars lander’s mission. It surpassed the largest previously recorded marsquake detected on August 25, 2021, with an estimated magnitude of 4.2.

The NASA InSight is a Mars robotic lander designed to study Mars’s inner space, including its crust, core, and mantle. It’s also used to take daily weather measurements, such as wind, pressure, and pressure on the planet’s surface.

And since the stationary lander touched down on Mars in November 2018, NASA InSight has already detected more than 1,313 quakes.

Scientists say the magnitude 5 marsquake is weaker compared to those we experience on Earth, but it’s close to the peak of what the scientists hoped to see on Mars during InSight’s mission.

You may wonder whether the earthquakes we experience are similar to those on Mars.

Marsquakes are similar to earthquakes on Earth, but the difference between them is how they occur on each planet.

An earthquake happens when there are sudden movements in the Earth’s crust or the outermost shell. The crust is made up of rock masses, also called tectonic plates, that are constantly moving. These plates collide, move apart, or slide against each other in fault zones, which leads to the buildup of great pressure over time.

When the pressure overcomes the friction, the tectonic plates shift along, become displaced, or suddenly break, releasing the pent-up energy or stress through seismic waves. These waves spread in all directions, naturally causing an earthquake.

Marsquakes also occur when the planet’s surface shakes, but o unlike Earth, Mars doesn’t have tectonic plates. Instead, other factors are the cause of the tremors.

The Martian crust is a single giant plate with fractures and faults due to cracking when the planet continues to contract or shrink from cooling. This process puts stress or pressure on the crust, stretching it even more and resulting in the sudden release of the energy, hence the marsquake.

The mission of NASA Insight is currently experiencing new challenges as Mars enters the winter season when there is more dust in the air. These floating dust particles in the air may reduce the available sunlight needed as it obscures the sun. Sunlight is needed to charge the solar panels that power the rover Insight to help it continue its extended operation lasting through December.

On May 7, the InSight switched into safe mode as its available energy hit perilously low levels, suspending all functions except the essential ones.

Studying this marsquake can help scientists learn new things about the planet Mars. It will also shed light on the structure of Mars, which can help better understand other rocky worlds, such as the Earth and its moon.