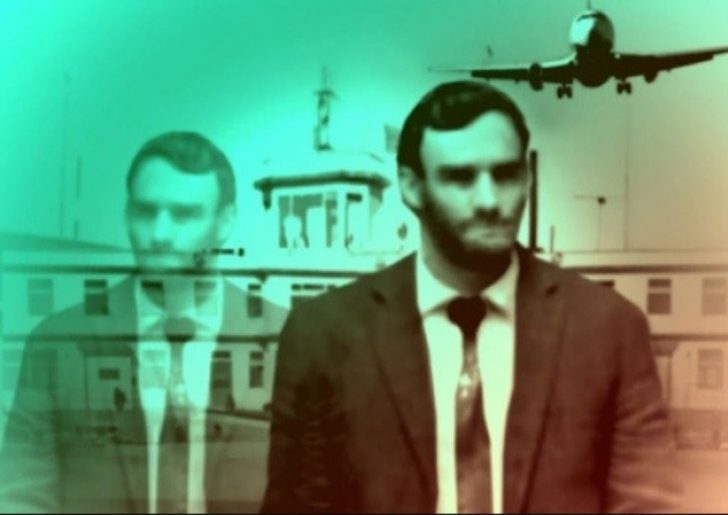 Hello everyone! Today I am going to share a curious story with you about a strange mystery which may remain unsolved up to now. I have to tell you that the general event is not a fake story. But I’ll tell it to you as if it was a spooky story! However, some credible sources say it is not all true and that parts have been made up and exaggerated over time to make it more interesting. You can be the judge…

This story begins at Haneda Airport in Tokyo, Japan on  July 1954. The day was just another super warm day for the staff at Customs. Hundreds, perhaps thousands of people strolled through the airport without a second glance, except an alone bearded man.

For some unclear reasons that we don’t know, he was the focus of attention by at least one customs official. Anyway, this man was just another passenger arriving there! He was a good looking man and seemed to be dealing with a busy schedule. However, he must have done or said something that gained extra attention from the customs officers, even in the less safety conscious days of 1954.

When he was questioned by custom officials, he said that this was just a business trip for him and one of several trips he had made. His mother tongue was French, but he also knew Japanese very well and was fluent with numerous other languages (this was also a notable feature of him.)

Custom officials thought that he was a possible smuggler, or someone of concern and continued questioning him. When they ask where he is from he had said that he was from Taured! But customs never knew about such a city or village that existed anywhere in the world!! Wondering where on earth Taured was, they asked him to show them his country on a map. He then pointed the country known as Andorra by the US. According to the man, Taured was located between France and Spain and that it had been in existence for a millennia.

Figure- where he pointed the location of Taured

But the officials were sure that no nation known as Taured existed in this world!! But to their surprise, the man even showed his passport that was issued from Taured to prove he was from there. His previous trips to Japan and elsewhere even appeared in the same passport!  Also, his wallet had currency from several European countries.

Customs were at a loss and started thinking about what to do next. Nothing like this had happened before, at least anywhere else in Japan. They needed to investigate the matter further ASAP.  They decided to invite the man to stay the night at a local hotel until their inquiries took place and he agreed. As a safety precaution, a couple of  guards were kept outside his room. They had no idea if this man was who he claimed to be.

The bank that issued his checkbook had not been found in anywhere in Andorra, France, Spain, or anywhere on earth. The hotel he had originally booked a room in had had no knowledge of about him booking it or his name! The company he said he was going to meet had no idea who the person was and never heard of the company he said he was representing. All these things were confusing and the customs group became more concerned about it all.

Finally, with no way out, they thought they had caught a criminal in the act, and customs decided to talk to the man for further questioning. Anyway, when his room was opened the next day, no trace of the man, or even a sign could be found!  There was no way out of the room. His room was lacking a balcony and had no place he could have escaped without being spotted. Neither guards noticed any movements within the room. Also, the door was certainly not opened during the night. To the customs officers great surprise, all of the man’s personal documents, like his checkbook, passport, and driver’s license had also disappeared from the locked airport security room. No traces of that mysterious man remained.

After that day up to now, not a single word had been heard about him or his personal things! This has been categorized as one of the stranger mysteries in history. Some also think that he was a disguised alien from another planet that had come here to spy on earth, while some others say he was from a parallel world that existed on earth and not on any other planet. Those who agree with the second theory say that aliens of a parallel world on earth can disguise better than on other planets. If you’ve watched the Australian film “SPELLBINDER” there’s also a story built up about a parallel world on earth.

We really don’t know the truth about this mystery. How can it be solved without any traces of the man or even his personal documents?

I know that you may want to find out the mystery of “the man from Taured.” I ‘ve thought about it many times.

Maybe he was just a normal person and the story is not true, or he could have been a  person from a parallel world on earth keeping connections with earth.

I hope you all enjoyed this story (it may not be all real) very much and found it very curious and mysterious. Don’t forget to send your comments about it below. I am eagerly awaiting to see your replies that give me strength to write more content! Do you believe the story? Where do you think the man really came from?

Have a nice day and stay safe.