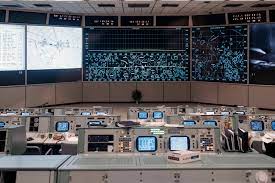 It was mind-boggling. The color television itself had been a flat-out miracle when it began to dominate the scene a mere twenty years previous. And now, that technological wonder was about to trump itself. Because very soon, if all went according to plan, it would transmit pictures of an actual man on the actual moon! In 1969, on July 20 (In one part of the world) and July 21 (In the other part), half a billion people on our blue-marbled globe clicked on their TV sets – eager to watch as Apollo 11 would attempt to put a man on the moon for the first time in all of history. The moon!

And now, at this defining moment, the world had come together: not only to wish the astronauts Godspeed, but to bear personal witness to this incredible event.

“Fate has ordained that the men who went to the moon to explore in peace will stay on the moon to rest in peace…. These brave men, Neil Armstrong and Buzz Aldrin, know that there is no hope for their recovery. But they also know there is hope in mankind for their sacrifice.”

Rest in peace? On the moon? Thankfully, no: these ominous words (penned in top secret for President Nixon in case the mission failed) were never spoken. But while million upon millions were spellbound sitting, waiting, and watching, those people behind the scenes fretted over more problems, and there were concerns and plans for emergencies that the rest of the world would ever know. The “Fate Has Ordained” speech was to be delivered in the event that the worst scenario came to pass. The speech’s very existence proves that, beneath all the excitement, those people running the show never lost sight of the dangers they were about to ram head-on. Although millions of eyes were on the astronauts and the spacecraft, much of the action, would in fact, be taking place on the sidelines.

All of the people behind the scenes whose ideas and expertise, imagination and inventiveness, dedication and focus, labor and skill, combined in one great endeavor, and conspired to put a man on the moon. These people- the ones beyond the glare of the limelight- the directors, controllers, planners, engineers, designers, builders, technicians, the managers, supervisors, inspectors, programmers, electricians, welders, gluers, painters, doctors, geologists, scientists, trainers, and navigators… Apollo 11 is their story, too.