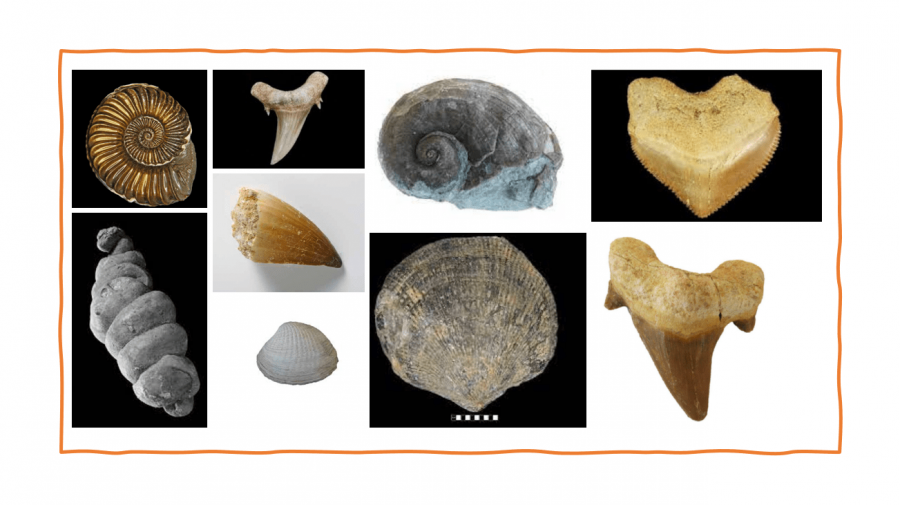 Trace fossils are one of the things that give paleontologists clues about dinosaurs that can’t be revealed by bones alone. They are not actually parts of the fossilized animal themselves, but they give us hint about how extinct animals behaved. Perhaps the most important of these are fossilized animal poop, known as coprolite – from the Greek words for “dung” and “stone”. Not only can coprolites tell us what an animal ate for breakfast, they might even tell us what animals and plants shared in the environment at a particular time.

Because these relatives of the modern snail crawl around on their bellies using their muscular foot, the ancient Greek named them gastropods which literally means “Stomach-foot”. These mollusks are usually enclosed in a single, spiral shell that protects the foot and the rest of the animal. There are over 35,000 living species and 15,000 species found in the fossil record. While modern gastropods can be identified by their soft body parts, ancient ones are known from their fossilized shells. Gastropods first appeared about 550 million years ago, and they are the most successful of all the mollusk group.

They were marine lizards that were the dominant predators of the late Cretaceous period around 80 million years ago. Though they lived in the water, they breathed oxygen like modern-day reptiles. They had webbed feet and streamlined bodies that made them remarkably powerful swimmers.

It got its name because it lived in the sandy shallow waters close to shore. This slow-moving predator is found in temperate and tropical oceans and generally hunts at night just above the ocean floor. They can live up to 17 years, and are the most common sharks found in public aquariums because the adapt better to captivity that other large sharks

It was a prehistoric shark that lived approximately 45 to 60 million years ago. The name comes from the Greek words for inclined teeth. The teeth of this shark are large with a triangular crown and smooth cutting edge. Fossils of them suggest that it was a very large predatory shark that scientists believed grew 30-40 feet in length. 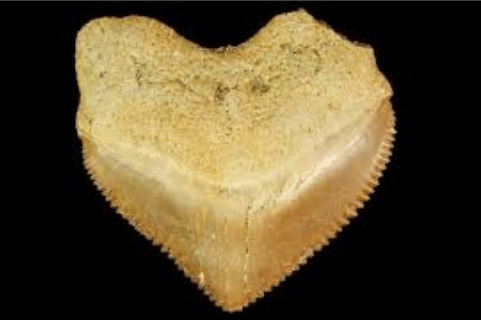 It was a formidable shark that lived throughout the entire Cretaceous period but then became extinct. They are primarily known from few fossilized vertebrae and from their teeth, which have been found in Europe, North Africa, and North America. A six-foot-long fossil skeleton of Squalicorax was found in Kansas, but judging from the size of the largest known teeth, scientist estimate that this species grew to be 10-15 feet long.

They are animals that live on the bottom of the ocean, and they were one of the most plentiful types of shellfish in the ancient seas. Though they look like clams or oysters, they aren’t related to those animals. Like other bivalves, they have two shells that are joined with a musculare hinge. They attach themselves to the ocean floor with a long stalk, and gather microscopic organisms to eat by filtering seawater through arm-like tentacles.

Their names come from the Greek words Brachio meaning “arm” and pod, meaning “foot”. Over 12,000 species of brachiopods have been found, and some of their fossils date back 570 million years ago. Modern brachiopods typically get no bigger than four inches across, but their ancient ancestors often grew to twice that size. Most species became extinct about 250 million years ago, and today there are only about 330 species remaining. Because present-day species so closely resemble their prehistorical relatives, they are considered living fossils.