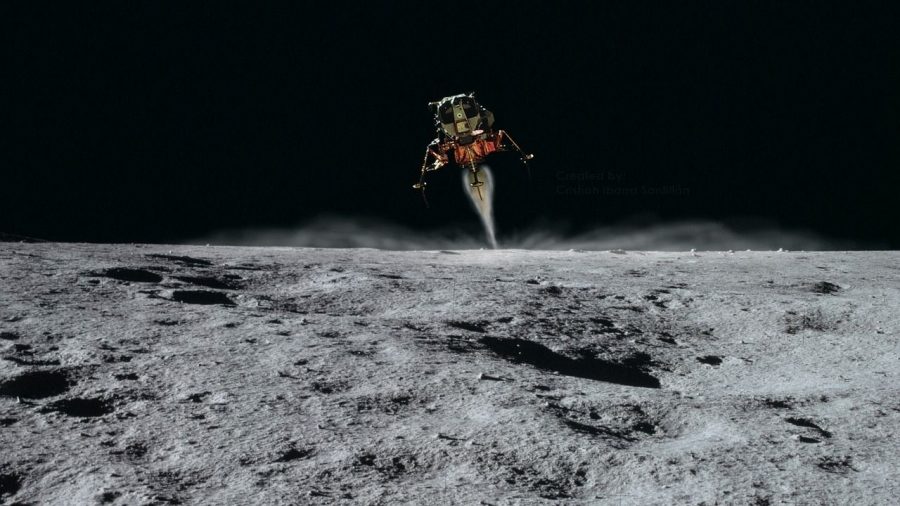 “The Eagle has wings!” radioed Neil Armstrong from the lunar module as he and Buzz Aldrin flew sixty-nine miles above the moon. Four words. There was no doubt of their meaning: The lunar module Eagle had separated from the command module Columbia and was now flying solo. It was ready to descent onto the moon. Big smiles back on Earth, back in Houston, at Mission Control.

In Houston, the team was at the consoles in the control room monitoring the moon landing. Gene Kranz was the flight director on duty- the person in charge of the mission during that time and responsible for the final decisions. He had arrived at the Mission Control Complex shortly past dawn, accepting the good lucks thrown his way by those he passed in the lobby. He refused the elevator, instead climbed three flights of stairs to the Mission Operations Control Room (MOCR). They were attempting to put a man on the moon today- a dazzling technological feat. But at home, technology had a habit of getting stuck between floors, and Gene Kranz was taking no chances. “Today is not the day to get stuck in an elevator,” he wrote in his memoir.

It was time. As instructed by Mission Control, the descent rocket engine was fired. The final ten miles.

“You are go for PDI (powered descent ignition),” Mission Control radioed the crew.

Never had more monumental words been spoken so simply: The green light was given to go ahead and land on the moon. Twelve minutes, now. And they would be on the surface of the moon. Or not…