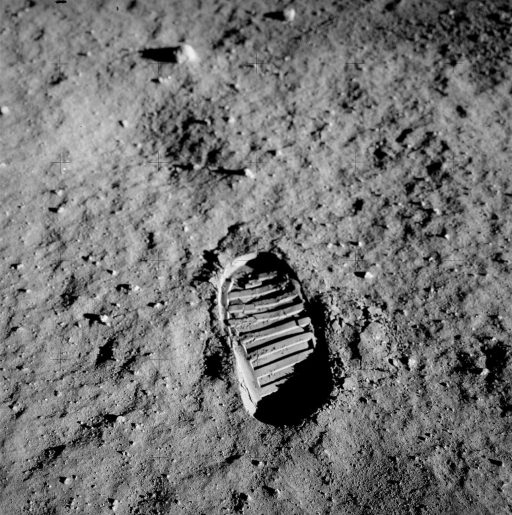 They were going to the moon, all right- at least that was the plan. That was the dream and challenge set forth by one man, President John F. Kennedy, when he declared in May of 1961: “I believe this nation should commit itself to achieving the goal, before this decade is out, of landing a man on the Moon and returning him safely to Earth.”

No one knew for sure how to get to the moon, how to land, or get home. But their goal was clear-cut, and that was enough.

But the moon? Could it really be done? Right from the get-go, administrators had identified ten thousand individual tasks that would have to be completed. And that was only the beginning. So much to do. Too much? An aide to Kennedy quietly predicted that it would take 44 attempts. 44 tries before ever landing once on that gray rock in the sky.

The final picture was altogether different from the dream. Most thought they’d be going straight to the moon with one spacecraft, land, and come straight back. Instead, as the plan evolved, it called for two very different crafts: a command and service module for flight and a lunar module (LM) to land on the surface. No one ever imagined landing on the moon in a seatless, gold-foil-encased, four-legged, spidery-ish thingamajig nicknamed the “LEM.” After all, no one knew what a lunar module was supposed to look like. Never mind if it looked like a bug.

“I can’t say I’m aware of any program where more people understood what the schedule was, how important it was, and worked so hard to make it happen. We had a great team,” recalled a certain Joe Gavin.

The team at Grumman Aerospace Corporation was 7,500 workers strong. They designed, developed, and built the lunar module- dubbed Eagle– for Apollo 11 from the ground up. They had a motto: There is no such thing as a random failure. And failures were eliminated- one by one. Because it was their handiwork- eight years of their lives- that, very soon, would settle down (fingers crossed) on that glowing ball in the inky-black soup of space.