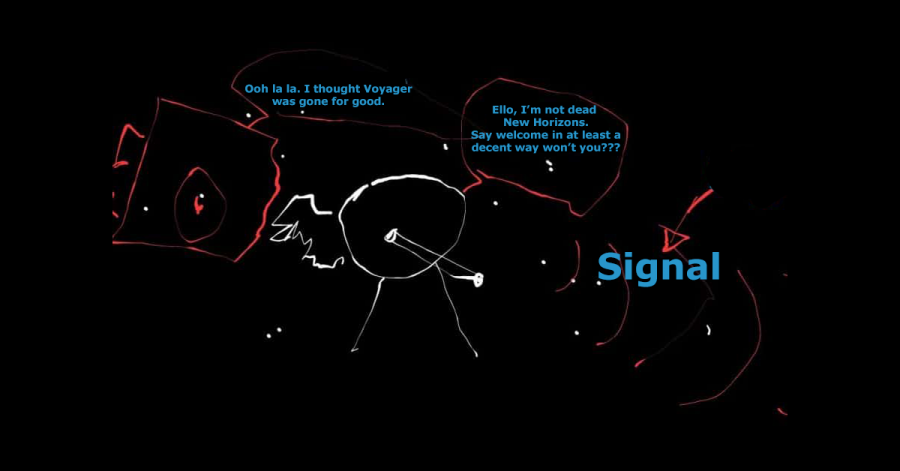 Today we are taking about Voyager 2’s return and the New Horizons probe. Voyager 2 is a space probe used by NASA to explore Jupiter, Saturn, Uranus, and Neptune. It was launched way back in 1977.

Here is a pretend story of how I think a call between the Voyager space probe and NASA went.

One day, after a long amount of time with no communications, Voyager 2 called NASA

Voyager 2: Bru, what did ya think, even New Horizons is smarter than you.

OK, lemme tell you about Voyager.

They are Oscar winning brothers.

Voyager 1 & 2 are bros which have crossed the limits of NASA’s mind.

Like unicorns flying in the air, Voyager 2 took pictures of a planet named Pluto. Voyager 1 only managed to pass the asteroid belt. Voyager 2 passed the Oort cloud. Because of the Oort cloud, debris and asteroids were blocking signals. But he’s not a goner, you know.

New horizons is a grand piano flying in the air with a nuclear power source.

And new horizons is the first one to take a clear picture of Pluto, unlike Voyager 2, which had a blurry image.