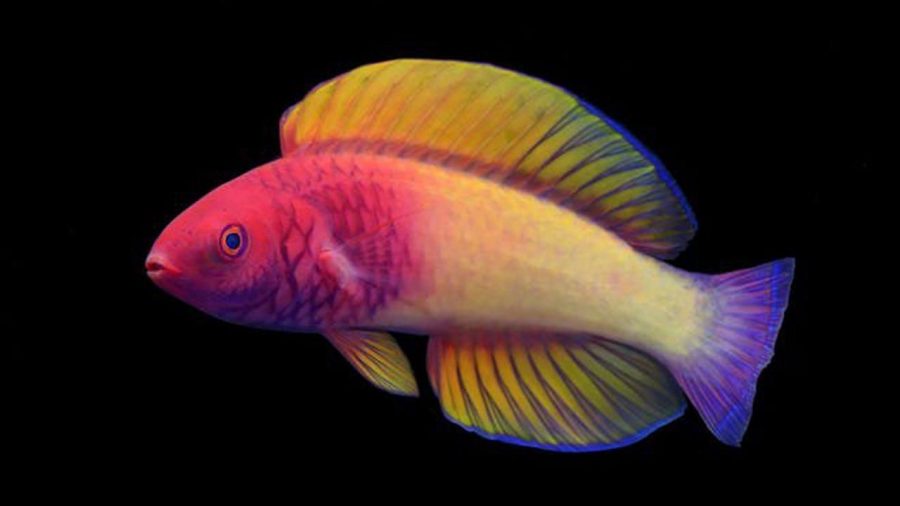 Scientists have recently discovered a new species of rainbow-colored fish living deep beneath the ocean’s surface in the waters of the Maldives ocean, home to hundreds of fish species.

The rose-veiled fairy wrasse, with its scientific name Cirrhilabrus finifenmaa, was found in the ocean’s “twilight zone,” or the ocean layer barely reached by sunlight at depths between 131 to 229 feet (40 to 70 meters).

The name “Finifenmaa” was derived from the local Dhivehi language, which means “rose,” and honors Maldives’s national flower, the pink rose. The rose-veiled fairy wrasse is also the first fish species described by a Maldivian biologist, Ahmed Najeeb. He is also the co-author of the published study about the newfound fairy wrasse species in the journal ZooKeys.

The said fairy wrasse species was first found 30 years ago, in the 1990s, but was previously mistaken as the adult version of a red velvet fairy wrasse (Cirrhilabrus rubrisquamis), a different wrasse species typically found in the Chagos Archipelago, south of Maldives.

Wrasse is a family of bright-colored fishes known to change colors as they transition from youngsters to adults. Scientists acknowledged that they could be quite challenging to distinguish at first as the young wrasses look almost the same as other species and will only have distinguishing characteristics once they reach adulthood or are fully grown.

And it wasn’t until the scientists carefully studied the footage they received from a remotely operated vehicle showing adults wrasses in Chagos that they realized the species of wrasse they found 30 years ago was an entirely new and different species from Cirrhilabrus rubrisquamis.

After their stark realization, the researchers analyzed the adult and young fairy wrasse’s genetic features. They measured the spine’s height (supporting the dorsal fins), counted the scales, and listed the different colors of the adult males. They found out that the adult males of rose-veiled fairy wrasse have unique colors, including bright magenta, peach, orange-pink, and dark purplish-red.

According to the researchers, this recent discovery of the two separate wrasse species and their taxonomy will help them better understand the wrasse species, as well as the unexplored marine ecosystems and other fish species.

This could also help in knowing ways to conserve and protect biodiversity because the rose-veiled fairy wrasse is already at high risk of overexploitation. They are already being targeted by local fishers to be sold in the aquarium hobby trade.