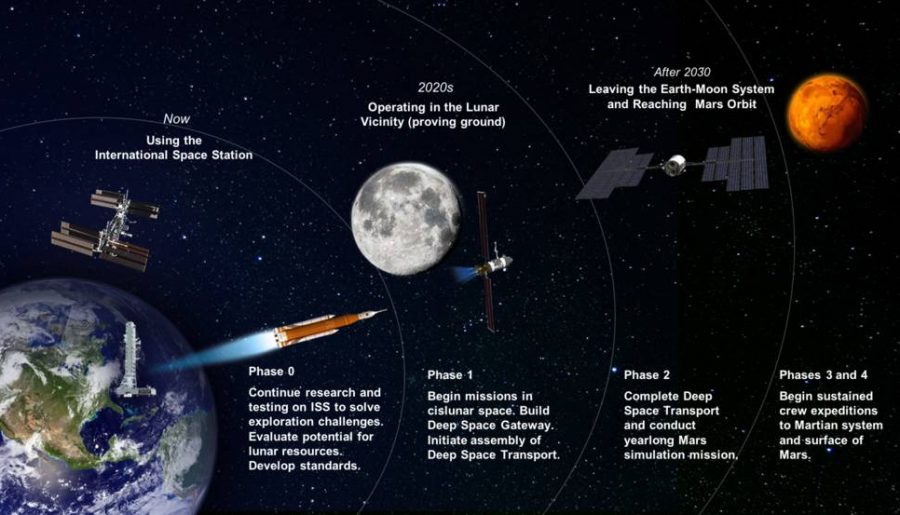 NASA, which stands for the National Aeronautics and Space Administration was created under President Dwight D. Eisenhower in the United States on October 1st, 1958. It is a government funded program that supports both civilian and aeronautical space research. One of the reasons it was created was to keep up with the Soviet Union after they launched the first artificial space satellite called Sputnik 1 in 1957 which started the “Space Race” between these two countries.

NASA has launched over 1,091 space satellites and 109 manned spaced missions. They are most known for being the first agency to land a man on the moon in July, 1969. That famous moment made science fiction a reality. Other achievements include the Space Shuttle Program that helped scientists build the International Space Station (ISS), Hubble space telescope, and to make repairs in space. They also landed the first lunar robot, Viking 1 & 2, to explore Mars and search for life on the planet.

NASA will be launching the James Webb Space Telescope on December 22nd, 2021. This incredible mission will be able to literally look back in time and see how the universe was created. The Webb telescope has special sensors that can detect the slightest amount of light, including infrared or heat. Anything that happened in the past, like the “Big Bang” when the universe was believed to be created, generated light and heat. We know that light takes time to travel, so we will be able to see the formation of galaxies close to when the universe was formed over 13.8 billion years ago by detecting incredibly small amounts of heat.

Landing humans are Mars is another big project that is scheduled to happen in the next decade. They will also be sending people to the moon again in the next few years, but this time the equipment and ability to do astronomical research will be much more advanced.

Some groups have complained that spending money to go to space is a waste of money and does not impact average citizens. However, many advances used today came from NASA, such as:

Many other countries besides the U.S. and Russia have their own space programs. The ISRO (Indian Space Research Organization) launched a Mars orbiter mission in 2013. They were also the first country to discover water on the moon in 2009 and plan to land a man on the moon soon.

You are going to send email to