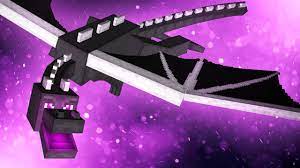 Once they started level one they had to watch the intro plot.

Everyone except Steve wanted to see it.

Steve skipped it because he wanted to ignore majority rule.

Once the level had started, Steve said “How do we do this? Is it PvP?”

The group set off slaying all the mobs.

Alex wasn’t worried though. This is because she thought he hated mob combat after being insistent on not fighting any mobs when she was with him in regular Minecraft.

When they got to  the end of the level, everyone glared at Steve.

Steve nodded and said “Okay. Sorry I am just a big goofball.”

Once back at camp Alex hugged Steve. She said “You’re a goofball. But, you’re MY special little goofball.”

Steve thought Is she in love with me?! The person who didn’t let her trade with villagers when she asked?1

Alex was beginning to feel worried because she was sure he would at least try and sugar coat it.

She asked “My special little goofball are you okay?”

Alex was extremely relieved that Steve was okay.

Steve’s started to feel unexplained evil come over him.

Alex said “Well….Nothing there. We have to move on”

Annabeth asked “What do you see in him?”

Alex responded “He has an inner goodness that only I can see.”

Valorie said “Inner goodness?! HA! All he does is stroll through life not fighting anything!”

Alex said “Okay we’ll see about that! Steve, have you ever fought anything that isn’t a person before?”

“Yes. I kill things for food and XP sometimes. Although I rarely do”

Anna said “Sorry I doubted you”

Everyone but Steve was looking forward to the level. Steve just didn’t participate when everyone put their hands in.