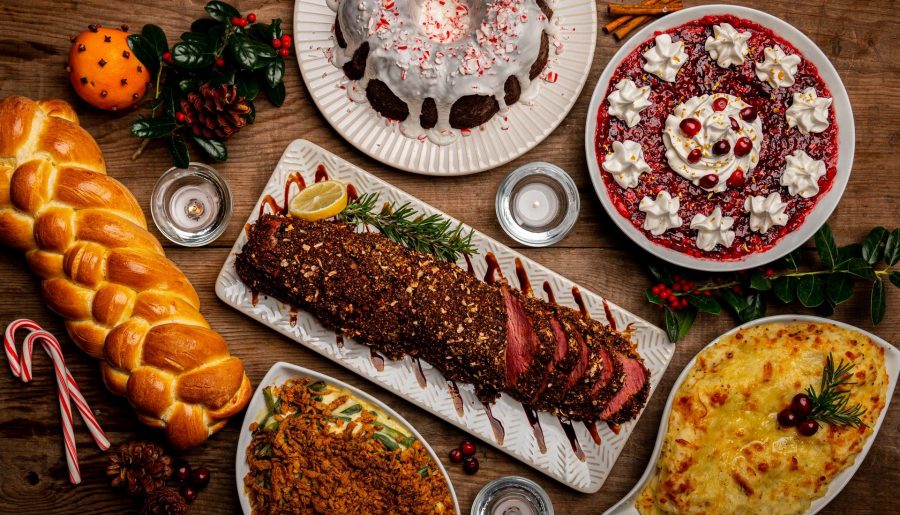 Christmas is truly upon us now! I’m quite sure you’re all looking forward to gathering around the Christmas tree, spending time with families, reconnecting with friends, exchanging gifts, and unwrapping presents. And let’s not forget one of the things we’re also looking forward to the most—that is indulging in the delectable Christmas feast served at our table!

From the traditional roast turkey/pork to the classic roast potatoes, stuffing, baked ham, Christmas pudding, and many more! These festive foods make our holiday season extra special. But have you ever wondered what Christmas dishes are traditionally served and eaten in other countries?

A typical Christmas feast may look different, depending on the country and the tradition that’s been passed down through generations. Get a glimpse at some of the diverse Christmas food traditions around the world.

The Feast of Seven Fishes is an Italian-American tradition of a Christmas feast celebrated typically in Southern Italy and North America. It’s a grand meal consisting of at least seven different types of fish and seafood dishes.

The reason behind why it’s seven is not clear and there is no set menu or definite rule on what specific types of fish or seafood dish to serve, but the most common seafood dishes served include calamari, baccala, fried smelts, codfish balls, stuffed clams, marinated eel, octopus, and shrimp, among others.

One of the traditional Christmas food served in the United States is roast turkey, usually stuffed with mushrooms, potatoes, and herbs like sage, thyme, rosemary, and parsley. Their Christmas feast also includes dishes, such as mashed or roast potatoes, stuffing, cranberry sauce, brussels sprouts, and glazed ham. Desserts often include pumpkin or apple pie, fruit cake, and raisin or Christmas pudding.

Selyodka pod Shuboy is a traditional dish in Russia with its name directly translated as “Herring Under a Fur Coat.” It’s a vibrant layered salad that consists of pickled herring, potatoes, beetroots, carrots, onions, grated boiled eggs, and mayonnaise.

Jiaozi or Chinese Dumpling is a traditional crescent-shaped dumpling with either vegetable or meat filling. It’s steamed, boiled, or pan-fried and served with black vinegar sauce or soy sauce. Other China’s Christmas food include Shaobing and spring rolls.

Moreover, it has become a tradition for the Chinese to give apples as presents during Christmas Eve.

In Japan, Kentucky Fried Chicken (KFC) became a Christmas food tradition as a result of a marketing campaign called “Kentucky for Christmas” in 1974. It’s served as “Party Barrel” packs or buckets, which typically consist of a bucket of chicken, triple berry tiramisu, and shrimp gratin.

Lechon or roasted suckling pig is one of the most popular foods served during Christmas in the Philippines. It’s stuffed with salt and herbs, including lemongrass, black peppercorn, onions, garlic, tamarind, chives, bay leaves, and other spices, and roasted on bamboo over an open fire.

Another food traditionally served is Puto bumbóng, a purple rice cake made of black glutinous rice steamed in bamboo tubes. It’s well-known street food or snack during the Christmas season and is traditionally sold outside churches after Misa de Gallo. Puto Bumbong is served with margarine or butter brushed on it and then topped with muscovado sugar and grated coconut.

Christmas dinner looks different in each country, depending on what tradition and culture have been long passed down.

Let us know what other Christmas food traditions are worth a mention!