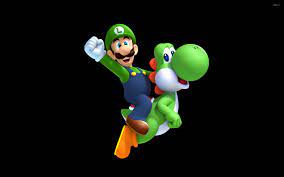 An article purportedly describing how to enable the Pokémon Lickitung to evolve into Luigi, one of the major characters of Nintendo’s Mario franchise, was published on the company’s official website in April 1999. The only Pokemon with the “Plumber” typing was Luigi, who had the Pokédex number #160. The article claims that Luigi had a number of signature moves, such as Wrench and Family Reunion.

To evolve the Likitung in Pokemon Red and Blue, players would to use an Ultra Ball to specifically catch a Lickitung. Then, players would have to stand where a Snorlax had been earlier obstructing a bridge east of Vermillion City. The next step required players to flip their GameBoy over and feed Lickitung a rare candy.

Another article reportedly explaining how to enable the Pokémon Dragonite to evolve into Yoshi, the well-known dinosaur character from the Mario series, was published in the April 1999 issue of Expert Gamer magazine. The approach claimed that playing both Pokémon Red and Pokémon Blue were necessary to accomplish this absurd-sounding achievement. Both save files would need to finish the game entirely and get every Pokémon (Excluding Mew) for it to work.

The two players would then need to trade. A Dratini must be traded from the Red player to the Blue player, who must then evolve the Dratini all the way to a Dragonite before trading it back to the Red player. To evolve the Dragonite into its final and obviously more superior stage, they would have to travel to the location where Mewtwo could be found in the Unknown Dungeon’s basement, and use a fire stone.

It was just an April Fools day joke, by the way. LOL.