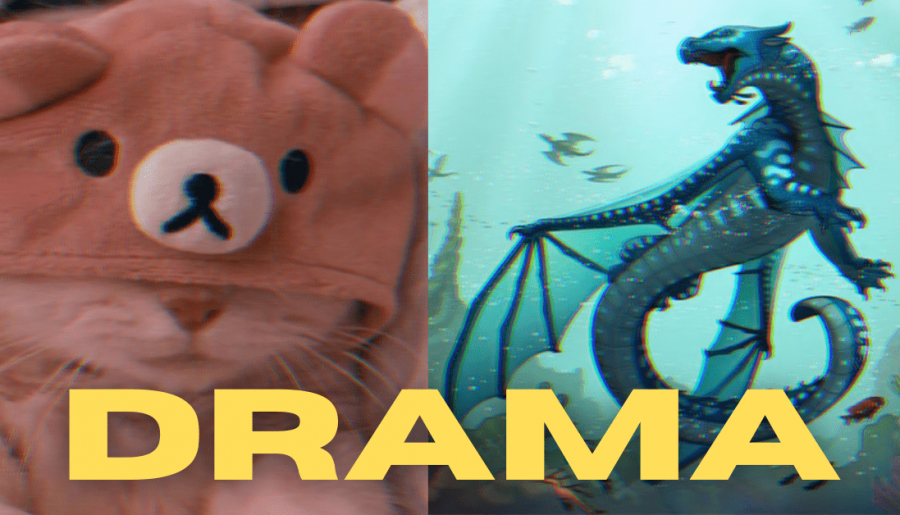 I was recently paging through some of my “old” KidzNet posts when I rediscovered the biggest KidzSearch drama of all time, and I can say that with 100% certainty. Back in the old days of late October 2021, the comments section of my post ignited the longest drama on the platform. The thread, which is 45 comments long I must add- Is the result of drama between AmmyK and Autumn. Today I’m going to be covering this story, and after hours of intense research, I will bring you the story of the biggest drama in KidzSearch history.

It all started on October 22nd at 11:44 AM Los Angeles time, when Autumn commented on the first edition of KidzWeek, which was covering various dramas and gossip from that time. Autumn has just made a comment, and Autumn was about to learn that you’re not allowed to say anything, let alone have any opinion whatsoever on the internet.

I’m still learning how to start dramas, but I can’t seem to be able to start one yet.

This humorous comment written by Autumn was a direct response to Pumpkin’s prompt which was asking the community to find drama for him to post about. At 1:52 AM (Hopefully Ammyk is in a different timezone), Ammyk decided to help her out.

Your profile picture is incredibly offensive to aliens, particularly Martians. Change it immediately.

At the time, Autumn’s profile picture was indeed a Martian, but it has since been changed to a cat wearing a teddy-bear hat. Little did Autumn know that she directly violated Martian culture, and she wasn’t having none of it. A day later, at 12:40 PM, an anonymous user ratioed our friend Ammyk and pointed out that her profile picture was also that of an alien. A few hours later, Ammyk hit back. “How dare you accuse me”, she said. Little did she know that Autumn had prepared a comment of her own.

Okay man, I don’t know what your PFP actually is but. it’s iNcReDiBlY racist to radishes. I suggest you change it immediately and apologize to all the radishes.

Autumn’s comment was also supported by Holio, who accused Ammyk of being a “Radish- racist”. Realizing she was under fire, Ammyk claimed that the profile picture was a mural commending the past struggles of past radishes and even claimed that she herself was 1/495th radish. I don’t really want to think about how that… happened. Anyways, Autumn was prepared to back-pedal on her earlier statements.

*sniff* That really is emotional. I’d like to apologize on behalf of humans to the radishes. We are sorry for eating your ancestors.

The heartfelt apology was delivered masterfully by Autumn, but Ammyk wasn’t going to let this drama end just yet. Although she admitted the apology was good, she refused to forgive, citing the fact that Autumn was a life-ruining, soul-crushing, Martian-hating demon. Autumn decided to expose Ammyk for hypocrisy and reveal that her people were no worse than Ammyk’s. “All is forgiven. Except for most things.”

Take a look at the pages of history; there was an era in the past when the nobles of the radish kingdom used to hate the Martians. The Martians were attacked, and brutally oppressed by the Radishes. Your ancestors were no better than me. I admit, we humans transfer hand-picked radishes from Mars every few years for our own benefits, but you cannot deny that it benefited Mars, your birthplace as well. By doing so we are able to maintain equality between the Martians and the Radishes. Otherwise, as the number of radishes increased, they would besiege the Martians, and history would repeat itself, causing unrest on Mars. How can a radish like you, whose ancestors tortured the Martians, slander me for making fun of a Martian?

In her essay, Autumn accused Ammyk’s people of brutally oppressing Martians and being hypocritical for slandering her for making fun of a Martian when Ammyk’s people had tortured them.

To this day, the drama has never really been resolved and there is also still bad blood between Ammyk and Autumn. Occasionally, they still take the opportunity to jab at each other on the KidzNet community wall or a post. This often happens when Ammyk sees a comment written by Autumn. I hope you enjoyed this recap of the biggest drama in KidzSearch history. If you did, drop a comment and leave a 5-star rating if you think I did a good job explaining it all. I will see you in the next post!