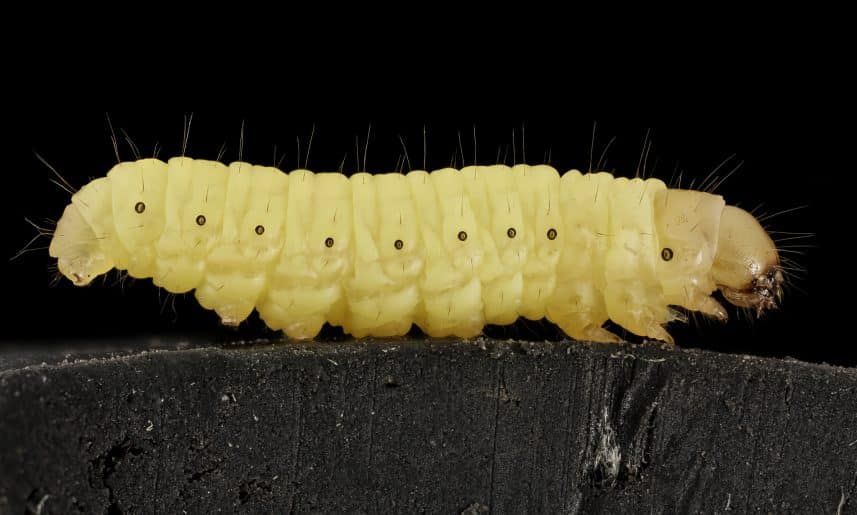 There’s no denying that plastic has been useful and convenient to us, and we’re surrounded by it. It’s in the shopping bags we use for grocery items, the food packaging we discard, and plastic bottles or straws we drink from.

However, this innovation came with a massive ecological cost. As a result, the rapid production of plastic products has become an immense environmental problem.

Millions of wildlife, especially marine species, are killed yearly after ingesting improperly discarded plastic or getting entangled with it. Aside from that, plastics washed away clogged drainage systems that caused floods, especially in low-lying areas.

So what can we do to fight this problem? How can we solve plastic pollution?

Well, we may now have a chance to beat this environmental crisis. Scientists have discovered larvae that can eat plastic bags.

Yes. You read that right. Worms that can eat plastic.

Wax worms (Galleria mellonella) are the caterpillar larvae of wax moths that belong to the Pyralidae family. This family is also known as pyralid, snout, or grass moths. These worms have small brown or black heads with black-tipped feet. They live in the honeycombs of beehives, where they ingest beeswax combs, hence the name.

The discovery was accidentally made by Federica Bertocchini, a scientist and amateur beekeeper. It happened when she removed some wax worms from an infested hive and placed them in a plastic bag. Shortly afterward, Bertocchini noticed the wax worms began to eat holes in the plastic bag. This immediately made her think these worms were either chewing on the plastic or breaking it down chemically.

A team of researchers led by Bertocchini decided to test it and find the reason behind it. They placed the wax worms on polyethylene plastic, a nonbiodegradable plastic commonly used worldwide. The experiment found that each wax worm created an average of 2.2 holes per hour. And if there were 100 wax worms, they could degrade 92 milligrams of plastic bag overnight. And at this rate, it would take nearly a month for these same 100 worms to break down a 5.5-gram plastic bag.

So how can these wax worms eat plastic?

The researchers found that the wax worms have enzymes in their saliva or proteins that help speed up the metabolism that can rapidly break down plastic bags at room temperature. Thanks to the gut microbes or microorganisms (bacteria) living in and on the wax worm’s bodies, they can consume and dissolve plastics.

Bertocchini also said that since wax worms eat beeswax, they may have developed a molecule that could break down plastic, as both wax and polyethylene are polymers. Polymers are substances or materials with huge molecules called macromolecules.

Plastic-eating worms sound like a promising alternative method to combat plastic pollution. And if we ever use them, we’d need an awful lot of them to make a substantial dent in the problem.

Researchers also state that the process of plastic breakdown remains unclear and how digesting plastic would affect the health of wax worms. Moreover, wax worms are considered pests as they naturally feed on honeycombs in beehives. This could run the risk of reducing the bee population.

There may be hindrances, but the researchers hope they can harness the ability of wax worms’ gut bacteria to break down plastic to develop better methods for eliminating plastic from the environment.

What are your thoughts about this? Do you think wax worms can indeed help fight plastic pollution? Comment with your answers below!