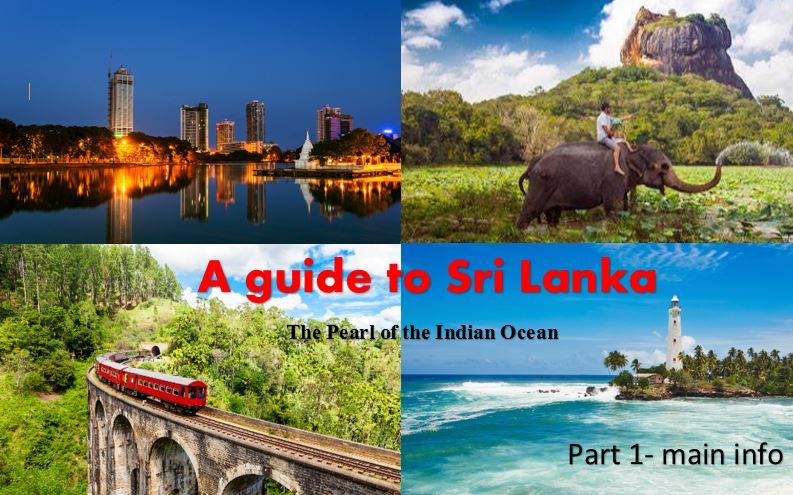 Sri Lanka is one of the most beautiful countries in the world. The earliest human inhabitations date to about 38,000 years. Information about Sri Lanka can be found from ancient Chronicles like “Mahavansa”, “deepavansa”, Palivansa”, Rajavaliya” and Choolavansa”. The first ruler of Sri Lanka is King “Pandukabaya” and he was the ruler of the Anuradhapura kingdom.

Buddhism was introduced to Sri Lanks by monk Arahath Mahinda, the son of Indian emperor Ashoka in the 3rd century BCE. At the time, Sri Lanka was divided into 3 main parts – “Ruhunu, Pihiti and Maya”.

Sri Lanka was ruled by 181 monarchs from the Anuradhapura to Kandy periods. While costal areas were captured by by the Portuguese. The Portuguese lost their possessions in Si Lanka due to the Dutch wars. Then, after the Kandyan Wars, the island was united under British 1815.

Armed uprisings against the British took place in the 1818 Uva Rebellion, and the 1848 Matale Rebellion. Independence was finally achieved in  Sri Lanka on Feb 4th of 1948, but was left in the Dominion state until the first Sri Lankan President, William Gopallava came into office in 1972.

Later, there was 30-year war with The Liberation Tigers of Tamil Eelam (LTTE) Terrorists that ended on May 19, 2009 by defeating the LTTE chief  Vellupillai Prabhakaran. Both Tamil and Sinhalese still remember the dark memories of this civil war. When I was born on May 21 2009, all my relatives were so delighted to think that I was born in an independent country, since the war ended just 2 days before I was born!!

Sri Lanka nicknamed as the “pearl of the indian ocean” by people of the world. In ancient times Sri Lanka was called various names such as “Serendib”, “Ceylon” , “Seylan” and “Taprobane”. Sri Lanka is located right under the tip of India. Many people believe that there was a small land area from offshore of Mannar Island, combining Sri Lanka and India. It is now called “Adam’s Bridge” and is also known as “Rama’s Bridge” according to Hindus. But now it’s just the remains of a chain of lime stones.

Climate of Sri Lanka includes Tropical monsoons, Southeast monsoons, and Southwest monsoons. This monsoon cycle is almost active during the entire year from January to December. But February and August can be considered as Dry months as we don’t get much rain during these two months. You can’t observe seasonal changes well in Sri Lanka, as it is located in the tropical zone. Mild changes like Fall and Summer exist, but Winter is not noticeable at all. At the moment, the weather is a bit windy and rainy in Colombo. In some months the climate becomes too hot and cause droughts in Dry Zone areas like the Southern and North Provinces.

Sri Lanka is located West from Thailand and East from Somalia (country in Africa). Sri Lanka and India are separated with a narrow sea area approximately 15 km wide which is called the Polk strait.

Due to many years of erosion, the land of Sri Lanka bears a lot of differences from top to bottom. So three zones can be named: Central Higher Lands, Plains, and Costal Belt. If you travel from the Pedro point to the Deundara point, you can see all these changes of land in one day.

The categorization of these ecological zones are directly dependent upon the rainfall per year. As I told you before, we get adequate rain almost the entire year, but in areas like the South and North provinces, they do not get adequate rain in some months.  Colombo , Gampaha and Kalutara Provinces are categorized under wet zone areas, and South / North-East is considered as Dry Zones.

Wet zones receive rain fall that average 2500 mm per year, while Dry zones receive less than 1200 mm per year. Dry zone plants have adapted to survive in dry situations and to consume less water. You can see cactus and other plants in the Dry Zone botanical gardens.

The Wet Zone mostly consists of ever green forests with tall trees, broad foliage, and dense undergrowth of vines and creepers. But in the highlands, trees appear short and bushy due to speedy winds. You can observe both tree types in the Sinharaja Rainforest and in the Seethawaka Botanical garden.

I hope you got lots of info about the most of important things, like the history of Sri Lanka. I had more facts to add, but I inserted it all in a short way to make the content easier to read for you. I thought about adding a picture gallery, then thought to make another post for that to keep the post from being too long.

With the next post we have 8 options, so you can choose one and tell me.

Please comment below with any questions and what you want to read about next for this series.