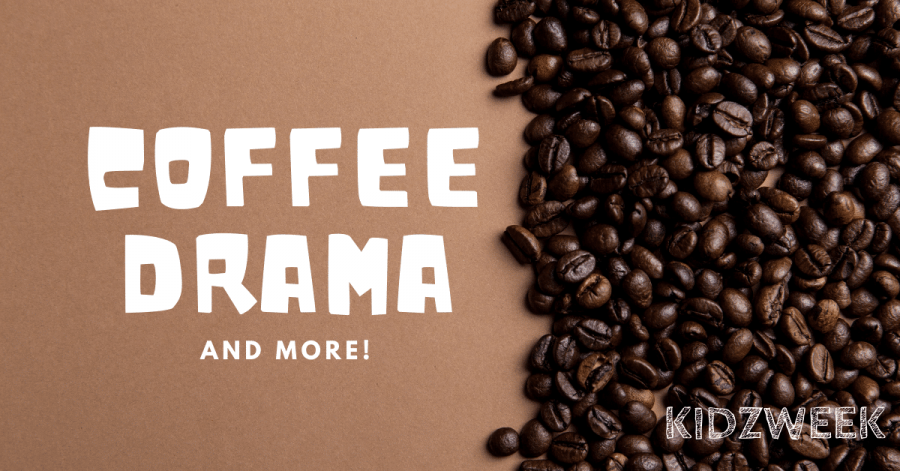 KidzWeek is a satirical weekly “news” source which aims to cover the drama and gossip surrounding the kidznet community.

This week has been quite controversial for KidzSearch, but not any more than usual. However, recent Allegations of art theft, spam posting, and a discussion about coffee that went political have rocked the foundation of the platform. Today, we’re gonna cover it all. Let’s get started.

Recently, longtime user Romi330 made a post challenging KidzNet to break the record for most liked comment on the platform. His challenge was accepted and a comment by Pumpkin accumulated 11 likes in 7 days.

Romi made a few similar posts after the initial success but they didn’t gain traction. However, this post will certainly go down in kidznet history. At least until the record is finally broken.

Controversial Kidzsearch celebrity Turtle Unicorns has recently accused Digital Star of art theft. In the post which aimed to expose her, Turtle Unicorns accused the user of taking art off the internet and passing it off as her own. The claims were verified by “TRUTH FINDER”, who found the image after a simple reverse image search.

A week ago, Sunny_bnk posted a poll on kidztalk asking users to vote for their favorite coffee chain. Between Dunkin’ and Starbucks, a majority of users said that they liked Dunkin’ better.

Strangely, the post became controversial after Pumpkin responded. In his answer, Pumpkin was quoted saying “

Why has our society normalized paying $5 to $10 for a single cup of coffee?”.

“I mean because no one liked Trump we got stuck with MR. Raise-the-price-on-everything”

Pumpkin attempted to cool the discussion down.

“Bruh starbucks has always been pricey. Why are you trying to make coffee political?”.

After Turtle Unicorns made several posts continuing the one-sided argument, she was slammed by Thalia.

“TU that has nothing to do with this”.

We reached out to Turtle Unicorns for a response but she declined.

Romi330 was slammed by Pumpkin after reposting multiple comments made by KidzSearch Staff. Pumpkin accused Romi330 of spam posting to get points, as they were racing for the top spot on the KidzNet leaderboard. Romi passed Pumpkin multiple times because posting gets you 50 points. JD2005 hit back, claiming that the posts were useful. Now defeated, Pumpkin withdrew the allegations.

That’s gonna wrap it for this issue of KidzWeek. If you want more, please start drama. Otherwise, I have nothing to talk about. Luckily there was no fighting this week, just playful drama. Many thanks to Turtle Unicorns, Romi330, and JD2005 for the content, and many thanks to you for reading!