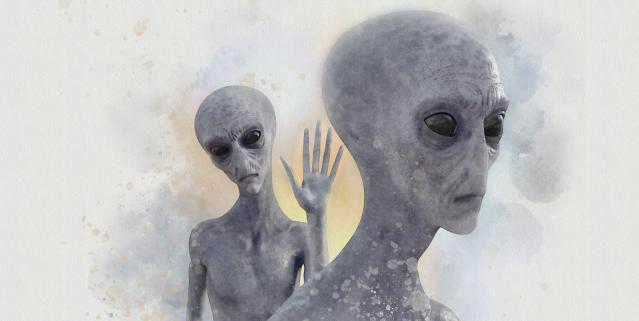 Over the years, scientists have been exploring and trying to answer one of the biggest unanswered mysteries: the origin of our universe. And there have been many intriguing theories about it that have been circulating for decades—from the most widely acknowledged theory, the Big Bang theory, to other notions like the Steady-State Universe, Eternal Inflation (The Multiverse), Simulation theory, and many more.

But have you ever heard about a theory that our universe may have been created in a laboratory? It may sound crazy, but it is a real possibility.

A scientific study titled “Was Our Universe Created In A Laboratory?” was published in Scientific American and proposes that an advanced “class” of civilization, hence aliens, could have created the universe in a laboratory.

The paper was written by Abraham (Avi) Loeb, a prolific Israeli-American theoretical physicist. He’s currently a Professor of Science at Harvard University, founding director of Harvard’s Black Hole Initiative, and director of Harvard’s Institute for Theory and Computation (a part of the Center for Astrophysics, Harvard & Smithsonian). Loeb has published over 700 papers and essays about the study of gravitational microlensing and black holes.

Loeb states that aliens may have developed an advanced technology that created a baby universe through quantum tunneling out of nothing. Quantum tunneling is the quantum phenomenon where an atom or particle moves through a barrier, appearing on the opposite side of a barrier that should be impossible to move through or penetrate. This notion would explain why our universe has flat geometry and zero net energy (zero total amount of energy in the universe).

If this origin story were proven true, Loeb proposed that it would unify the idea that a creator with higher power dictates our fate, mastering the technology of creating baby universes. It would also suggest that our universe is a biological system that reproduces through multiple generations to maintain its genetic material’s existence.

He also introduced a civilization classification system that categorizes us, humans, in Class C or a low-level technological civilization on the cosmic scale. According to Loeb, we are in Class C because we cannot recreate our current habitat should the sun suddenly dies. He even pointed out that we may even fall to Class D because we are carelessly destroying our planet Earth.

This theory may be mind-boggling and unnerving, but it’s still an interesting notion to think about. The possibility of the origin of our universe remains a mystery, yet this brings up intriguing questions about the many secrets of our universe we have yet to discover.

What are your thoughts about this theory? Do you think our universe is actually created by aliens in a laboratory? Please comment down below with your answers.