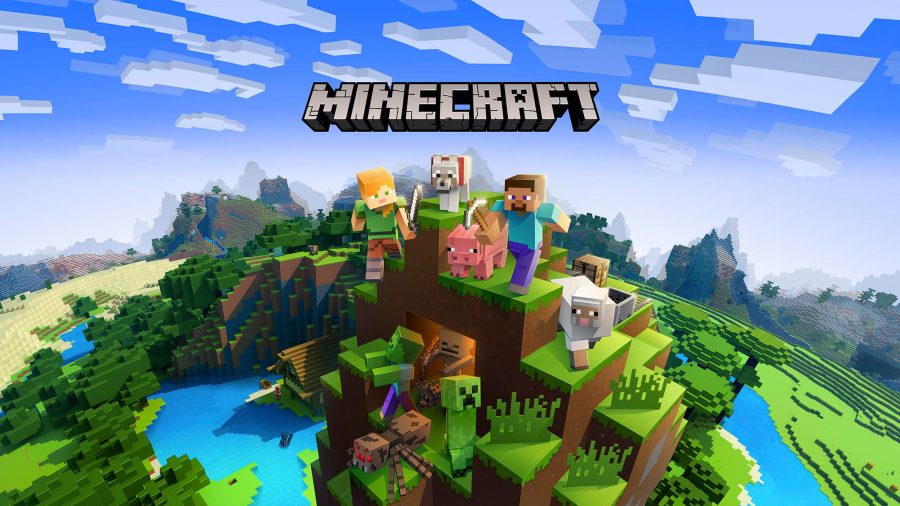 Calling all Minecraft fans! May 17th is a day celebrated just for you!

If you’re an avid Minecraft player, I bet you already know that it’s International Minecraft day today! But if you’re learning about this for the first time, then you better add it to your calendar now to remember!

It’s been 13 years since Minecraft’s official release, and it’s still one of the best-selling and arguably the most influential video games of all time.

In celebration of this day, let’s take a trip down memory lane together, look through the history, and learn fun facts about this epic game!

But before we move on, let me greet you first:

Minecraft is a multi-platform “sandbox” video game developed by Mojang Studios, where players can explore, build, and survive in a world they created. From cities, castles, and oceans to modern skyscrapers, players can express their creativity and make whatever they can imagine—even replicate their own school, house, or backyard! The possibilities are endless!

Minecraft was created in the Java programming language by a Swedish video game programmer named Markus Alexej Persson, more commonly known as Notch. He previously worked with King.com through March 2009 and later for Jalbum.

Notch created the game through inspiration from known computer games such as Dwarf Fortress, Dungeon Keeper, RollerCoaster Tycoon, RubyDung (one of Notch’s previous games), and Infiniminer. The visual style of Infiniminer heavily influenced the game, but he wanted Minecraft to have RPG (Role-playing game) elements.

Minecraft was initially called the Cave Game, a game tech test Notch made on May 10th, 2009, with its first video released on May 13th, 2009. It was referred to as the world of Pre-Classic Alpha and the first known version of Minecraft. The game only had two blocks available at this phase: grass and cobblestone. In addition, the world was also small back then and entirely flat.

Persson completed the base program of Minecraft in six days that month, and private testing was released on TigIRC on May 16th, 2009. The game’s first release to the public was on May 17th, 2009, on TIGSource forums, a forum for Independent game developers. On this forum, Notch received feedback that allowed him to update the game’s version, which later became known as the Classic version.

A few more developmental phases were released in 2009 and 2010, including the Survival Test, Indev (short for in development), and Infdev (infinite development) versions. And on June 30th, 2010, the first major update called Alpha was released.

Finally, after two years of development, Minecraft’s full version, named Minecraft: Java Edition, was completed and released on November 18th, 2011, at MINECON 2011, which became an immediate success. Further updates of Minecraft have been released ever since, with the most recent update as of May 17th, 2022, being Java Edition 1.18.2.

With its well-known branding of pixelated and block graphics, it’s no wonder that Minecraft is one of the best-selling sandbox adventure video games of all time.

That’s all for today, everyone! I hope you enjoyed reading this!

Go on celebrate this day with your friends now!

Special thanks to all the users on KidzTalk who help contribute some of these facts (Minecraftnerd, Numberblock 21, EloquentRacer92, and others).

How about you? Do you know any fun facts about Minecraft? And how will you celebrate this International Minecraft day? Please comment down below to share it with others.