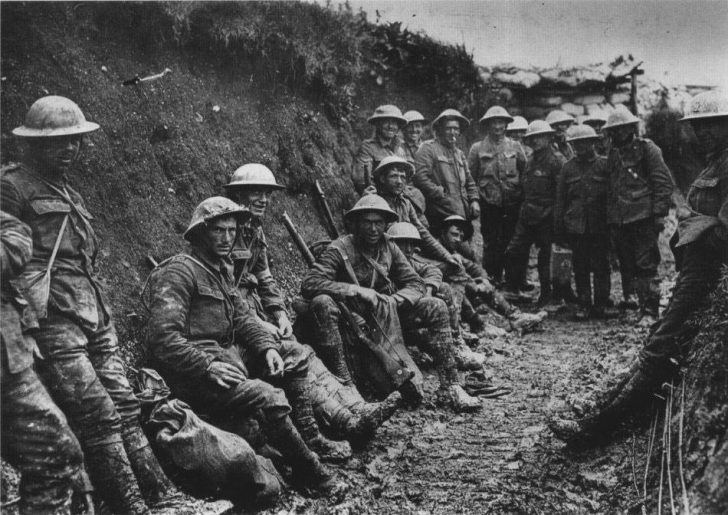 Imperialism, which is a policy of extending a country’s power and influence through diplomacy or military force, was a major contributing factor to European tensions leading up to the first world war because the effects of Imperialism caused European nations to compete for territory. Many nations gained influence at the expense of others, which ultimately led to the decay and downfall of the Ottoman Empire, the Scramble for Africa, and the Moroccan Crisis.

Around this time, Serbia, Greece, and Bulgaria had recently gained their independence along with a significant portion of territories in the region. The Balkan wars started and swiftly ended In 1912, when Greece and Montenegro joined in annexing the Turks from all of European Turkey. Shortly thereafter, Serbia expressed its intentions to take a large part of Albania in order to get an outlet on the Adriatic. However, they were opposed by Austria, Hungary, Italy, and of course the newly independent Albanians.

The situation was resolved in a 1913 conference in London, which granted Albania their independence and cut Serbia off from the Sea. Serbia disliked these terms and demanded Bulgaria to hand over a larger portion of Macedonia, which caused Bulgaria to attack Serbia. Unfortunately for the Bulgarians, they were countered by the Romans, Greece, and Turkey and subsequently lost nearly all of their territory.

The effects of the situation caused Serbia to begin to shift the balance of power in the region and spread uncertainty throughout Europe. Ultimately, the collapse of the Ottoman Empire and the Balkan Wars were caused by imperialism, as countries acted in their own interest and tried to secure as much territory and influence as possible to expand their empires. Soon enough, these events would lead to the assassination of Archduke Franz Ferdinand and the beginning of World War I.

In 1884, German leader Otto Von Bismark hosted the Berlin Conference for the European powers to discuss the division of Africa and loosen tensions that had built up in recent times. Unfortunately, the peace created by the Berlin conference did not last for long as tensions continued to build up leading up to 1914. At the turn of the twentieth century, France and Britain were the largest colonial powers in the world and held the largest portion of African territories. Weary of having their dominance challenged, Britain grew concerned over Germany’s attempt to build a Navy which could match their own. While the German Navy was nowhere close to theirs at the time, it’s possible that Britain had become hypersensitive to possible competition against their empire building. To contrast, the German Empire was established in the 1870s and was relatively new to the colonial game. In fact, Germany felt left out because Britain had 56 colonies around the world, France had 29, and they had just 10. Therefore, German resentment would ultimately lead to the first Moroccan crisis.

The first Moroccan crisis was sparked by Kaiser Wilhelm in 1905, when he toured the city and declared that he had come to support the sovereignty of the Moroccan people. The event lasted through 1906 and led to further increased tensions between France and Germany. Since Morocco was under the influence of French imperialism, the arrival of the German Kaiser in Morocco caused an uproar. Luckily, the first crisis was resolved in the Algeciras conference of 1906, but the Algeciras conference only offset the issue for the time being as a second Moroccan crisis would erupt in just a few years.

In 1911, a rebellion took place against the leading Moroccan Sultan following torture allegations. The rebels successfully surrounded the Sultan’s palace, causing the French to send troops to deescalate the situation (The French believed that Morocco was under their influence as previously mentioned). Amidst the rebellion, Germany unexpectedly sent in a gunboat to a coastal city to “protect their interests”, which would further amplify the already tense relationship between the two countries. France and Germany prepared for war until July, when both countries sought restitution and settled on terms. Germany would recognize French influence on Morocco in exchange for small portions of the French Congo. In the end, the Moroccan Crisis was caused by Imperial rivalry between Germany and France, as Germany was envious and looking to secure a larger share in the scramble for Africa.

The Berlin-Baghdad Railway began construction in 1910 and connected Berlin to the Ottoman Empire’s city of Baghdad. The motivation behind the construction was speculated that the railway would allow Germany to better access their colonies from a port on the Persian Gulf. Russia, France, and Britain were concerned that such a railroad could potentially strengthen the Ottoman Empire and shift the balance of power in the region. While the railway was considered to be one of the largest contributing factors to the brink of war shortly after the end of World War I, now the general consensus is that most of the controversies surrounding the railway were resolved by 1914. It seems the railway was created for Germany to have access to her colonies, and was contested by Britain and France due to imperial rivalry.

In Conclusion, Imperialism was a major factor contributing to the outbreak of World War I. The Balkans war, the Moroccan Crisis, and the Berlin-Baghdad Railway were symptoms of Imperial rivalry. Many countries attempted to gain influence at the expense of others, such as the Balkans war or the division of Africa among imperialist countries. Imperial rivalry caused the Germans to envy the French and British, leading to the Moroccan crisis. In turn, the French and British envied the German Berlin-Baghdad railway which led to further crisis. During this time, it seems countries were most concerned about protecting their own interests and failed to take a look at the bigger picture and the subsequent effects that their actions would have on the continent. Ultimately, Imperialism played a big part in making European tensions reach a boiling point, setting the stage for World War I.

“Imperialism As A Cause Of World War I”. HISTORY CRUNCH – History Articles, Biographies, Infographics, Resources And More, 2022, https://www.historycrunch.com/imperialism-as-a-cause-of-world-war-i.html#/accounts.

“How Imperialism Set The Stage For World War I”. HISTORY, 2022, https://www.history.com/news/imperialism-causes-world-war-i.

“How Did Imperialism Lead To WW1?”. History Just Got Interesting, 2022, https://historyjustgotinteresting.com/4-main-causes-of-ww1/imperialism-in-ww1/#how-did-imperialism-lead-to-ww1-hd-628474a21fd67 in list Sources

“Imperialism As A Cause Of World War I”. World War I, 2022, https://alphahistory.com/worldwar1/imperialism/#The_decaying_Ottoman_Empire.