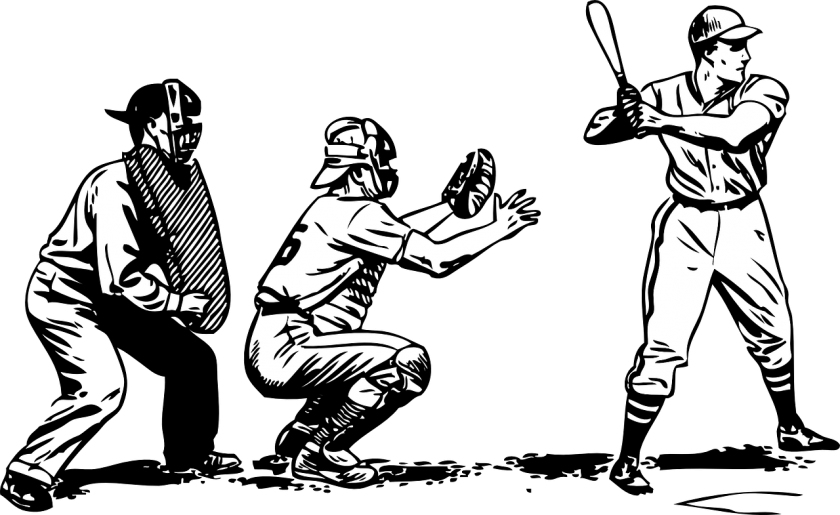 Emily pushed open the door to Ethan’s room. He was on his bed, reading.

“That was Brayden on the phone,” she said.

Do we want to show up?” he inquired.

“I wanted to ask you that, first.”

Ethan slid a bookmark where his finger was and closed his book.

“Baseball is not just a game,” she said, “But even if it was, after this summer’s debacle it wouldn’t be any more.”

“We have lost a lot of games,” Ethan said, rubbing his chin.

His face said he did not know, and he didn’t want to.

“So you’re saying that losing this one would make this summer the worst one in history? We might as well get the team and go over there, because if we don’t, we’ll have sixteen losses and no victories, which is almost as bad a seventeen losses. We’re not going to win if we don’t play.”

“Then I should call the guys.”

“See? I knew it would be easier if I talked it over with you.”

The humidity was high and that seemed to take something off of Brayden’s curveball. Ethan whisked a run-scoring double into the corner rather than striking out, as he had last week.

One way or another, their team kept the score close instead of being blown-out as usual. Out on the mound, Brayden was getting tired. He always pitched the whole game, but now he was struggling to get the last couple of outs. Clinging to a 6-4 lead, he’d gotten a fly ball from one player, but Ethan had crushed another curveball for a double, and Brayden had walked another player. The tying run was on base with only one out.

And Emily coming to bat.

She took her time about it.

Off to the west over the river, the clouds were serious. Slashing rain cut the valley between the hills, between the cities of Spoonerville (where the Andersons lived) and Malantown.

Ozone on the wind. Not much longer before the storm hit.

Emily stood in, her bat cocked over her right shoulder. Jase played her shallow in right field, daring her to hit it over his head. He knew she’d rather stroke it to the left, where the vacant lot was broken and uneven, and a bad hop could roll down the hill and score those two precious runs. To the right, the tall, wood-slat fence was deep and the grass even, ensuring only a perfect hit would find its way past Jase.

“Come on, Em. This guy’s all yours,” Brock called from first, where he danced back and forth like a waving flag.

He went into the windup.

From the moment he released it, she knew it was outside. A ball. She should let it go. But it was coming in slow and belt-high, right where she liked it. Her hands began to move by themselves. In her dreams, she’d seen this pitch, and her body didn’t care that her mind was telling her to hang on, that there would be another one coming. This was the one.

She let the head of the bat go.

The crack of the ball on the bat was the sweetest she could ever remember.

Jase’s face just had time to register shock and dismay when the sphere ripped over his head and toward the wall, still climbing.

The ball cleared the fence.

But Emily’s home run trot stopped two paces out from the batter’s box.

Over the right-field fence lay a small parking lot that was usually empty in the afternoons. It was the rectory parking for the Church of Our Lady of Lourdes, Spoonerville’s oldest church, a tall, stone edifice half-covered in ivy. On the west side of the building, the stone surrounded a twenty-foot stained glass window of the Virgin Mary. Everyone said the church had been build around that window. It was a hundred years old and probably the only tourist attraction in town.

No one had ever come close to hitting the Blessed Virgin.

The ballfield emptied in seconds. No player had ever made a dash for home plate as fast as they now dashed for their actual homes.

All except Emily, who stood right where she stopped running, staring in horror at the hole in the leg of a cherub.

And Ethan, who jogged over to stand next to his stricken sister.

She punched him in the stomach.

“It doesn’t look too bad,” Ethan retorted. “I’m sure someone can fix it. It’s not a big hole.”

But then, as they watched, another plate fell down. And another. A slow-motion catastrophe unfolded as the soft lead, unsupported by the pieces below, let go of its hold on the glass mosaic and dropped piece after priceless piece into the sacristy.

Eli, another player, quickly ran to grab his hat before preparing to dash off again. “You have to run,” he said,” They’ll find that any second, and when they do, they’ll see you!”

“Maybe we had better,” Ethan said, tugging on her arm. “We can’t stay here.

“Do you have any idea what that thing costs? You couldn’t pay for it in a year. Ten years. You can’t take the blame for this, or your life really is over.”

“You have to run,” Ethan said again.

In the distance, a siren stuttered to life.