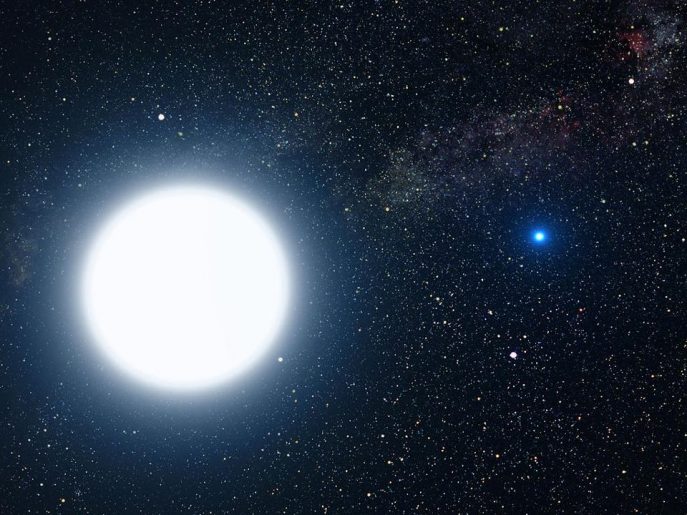 Astronomers refer to the brightness of a star as its magnitude. There are two ways to describe the magnitude:

For example, a small flashlight seen from a few feet away seems brighter than a car’s headlights seen from two or three miles away, even though the car’s headlight actually produce more light.

In the same way, the star Rigel produces thousands of times more light than the star Sirius, but Sirius appears brighter in the night sky because it is closer.

From Red to Blue

Sometimes cooler stars, like Betelgeuse, manage to outshine smaller, hotter stars by simply being much bigger. The brightest stars are both large and hot, such as Rigel: even though it is about twice as far away than Betelgeuse, Rigel actually appears slightly brighter to the eye.

Those stars who are brighter due to their larger size are called giants or supergiants. The largest supergiants are red like Betelgeuse and Antares. Some of the most powerful stars are hot supergiants like Deneb. Although much smaller than red supergiants, they are much denser and produce far more light for their size.

A few white-hot stars are much dimmer than average stars of the same temperature. Because their dimness is due to their very small size, these stars are called white dwarfs. Some white dwarfs are as small as the earth, but contain as much matter as the sun. The matter of these stars is packed so tightly that a singe teaspoon of it would weigh more than a full-grown elephant!