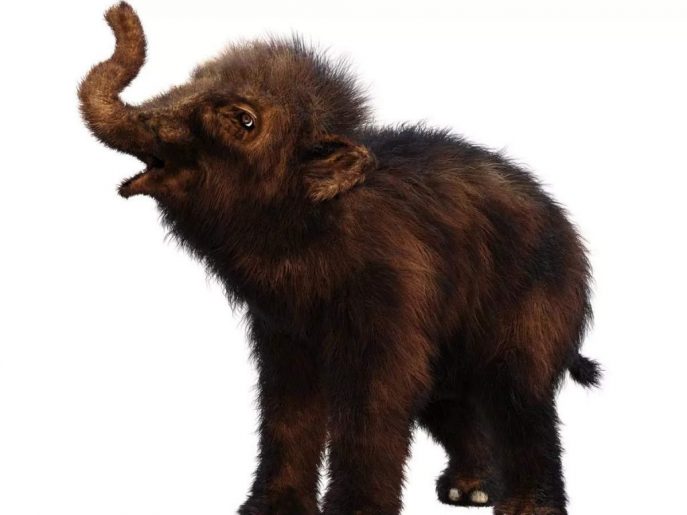 On June 21, 2022, local gold miners were working on the Eureka Creek in the Klondike gold fields within Trʼondëk Hwëchʼin of the Canadian Territory. A young local miner was digging up muck, excavating for gold. But instead of finding gold, he uncovered a 35,000-year-old frozen baby woolly mammoth in the permafrost that was in near perfect condition.

The discovered frozen female mammoth calf was named Nun cho ga by the Trʼondëk Hwëchʼin Elders or the First nation band people that lived along the Yukon River. The given name means “big baby animal” in the Hän language.

According to the experts, this is the first best-preserved and nearly-complete woolly mammoth ever found in North America and only the second in the world.

The first ever and best-preserved woolly mammoth in the world is Yuka, which was found in the Siberian permafrost in 2010 by local Siberian tusk hunters.

The Yukon government’s paleontologist Zazula, which was part of the recovery, said that Nun cho ga was about 4.5 feet tall or about 140cm big. It was the same size as the almost near-complete baby mammoth named Lyuba, which was 42,000 years old and discovered in Siberia in 2007.

Geologists believed Nun cho ga was probably only about 30 to 35 days old (just over a month old) when she died. The people who recovered Nun cho ga also found a piece of grass inside the animal’s intestine. This may indicate that this baby woolly mammoth’s last moments may have been eating grass but got trapped in the mud as it ventured off a little bit and ended up frozen in permafrost during the ice age.

According to the geologists, the discovered baby woolly mammoth still has its trunk, intestines, hair, skin, ears, tail, and toenails intact.

The recovery of the mummified baby woolly mammoth became possible with the collaboration between Trʼondëk Hwëchʼin, Brian McCaughan of Treadstone Mining, and the Yukon government.

The geologists also mentioned in the news release that the sky opened up, and the rain started pouring in during the recovery. And if they hadn’t arrived and recovered the mammoth in time, Nun cho ga would have been lost in the storm instead. After the recovery, the geologists brought the newly discovered baby mammoth to a nearby site where Tr’ondëk Hwëch’in elders gave a ceremonial blessing.

According to the geologists, this recovery will help them better understand the lives and behaviors of woolly mammoths and other ice age animals, such as wild horses, giant steppe bison, and cave lions that once lived and wandered in the Yukon.

The Yukon government and Trʼondëk Hwëchʼin will also work together in the coming months to learn more about the this woolly mammoth and preserve it respectfully in a way that celebrates the culture, traditions, and laws.