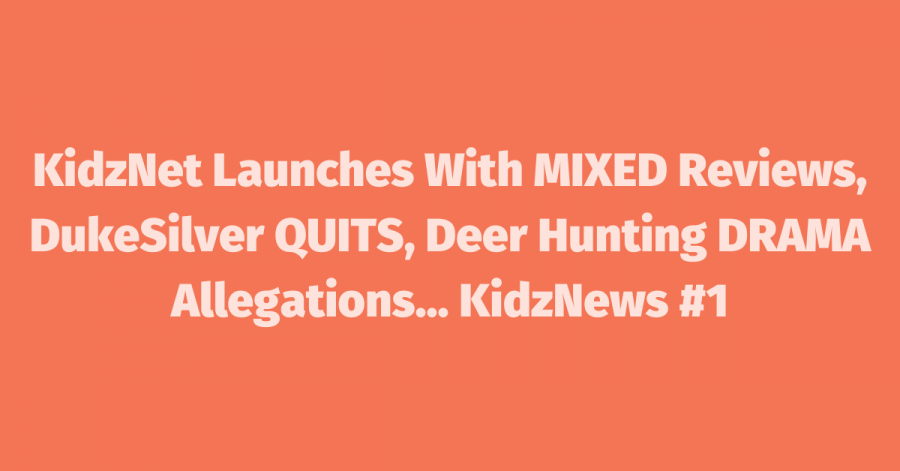 Welcome to the first issue of KidzWeek, your news source on all the drama and gossip that KidzNet has to offer.

User of the week – DukeSilver

Days after the new KidzNet launched, popular user DukeSilver announced that he would leave the platform. In a post titled “Well, I’m Done. Farewell, World Of KS”, he explained that the reason he left was because of “the new KN thing”. He paid tribute to some of his longtime friends in the post and promptly left the platform. His best friend and fellow country boy Commando also stepped out. “And that’s my cue. I am leaving too, people.”

KidzNet launches with a mixed response

KidzSearch staff was slammed by longtime users of the KidzNet platform after switching over from Open Source Social Network to a WordPress-powered site. Kidzsearch explained that the product was a failure with yearly declining active users.

“based on numbers, it was sadly a failure, with yearly declining users. Most of the group owners left, so members could not even participate. We came close to just closing it down, but decided to try something else to see if we could save it, which is what you are now using.”

However, the platform was also well received by many users. Legendary user Romi330 made a post titled “Post to everyone who thinks they should quit. (DON’T)”. The post was generally well-received and currently has 11 comments, mostly in agreement.

In a post titled “We went hunting!”, a popular user shared a recent hunting experience. The post was slammed by JD2005, quoted “I don’t think you should kill deer 🙁”. Pumpkin also disapproved of the post but removed his comments after backlash. Overall, most people are in support of the post, but about ⅓ of users are against it. Another post was made about the situation by Romi330.

That pretty much wraps up this week’s happenings in KidzWeek. If you enjoyed this post, please drop a comment down below. I appreciate it!

*If you don’t want to be in KidzWeek, don’t start drama lol 🙂