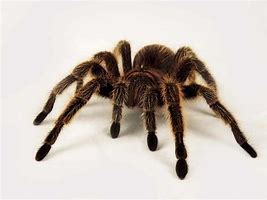 I know, I might sound kind of weird but one of my favorite animals are Tarantulas…

Tarantulas give people the creeps because they have large, hairy bodies and legs. While these large spiders can take a painful bite out of a human, a tarantula’s venom has a low toxicity to people.

Tarantulas move slowly on their eight hairy legs, but they are accomplished nocturnal predators. Insects are their main prey, but they also target bigger game, including frogs, toads, and mice. Tarantulas are burrowers and typically live in the ground.

There are hundreds of tarantula species found in most of the world’s tropical, subtropical, and desert regions. They vary in color and behavior according to their specific environments. A tarantula doesn’t use a web to trap its prey, though it may spin a trip wire to signal an alert when something approaches its burrow. These spiders grab with their legs, inject paralyzing venom, and then bite their prey with their fangs. They also secrete digestive enzymes to liquefy their victims’ bodies so that they can suck them up through their strawlike mouth openings.

Tarantulas have few natural enemies, except for the parasitic pepsis wasp, which can paralyze a tarantula with its sting and lay its eggs on the spider’s body. When the wasp eggs hatch, the larvae chow down on the still living tarantula. Tarantulas shed their external skeletons in a process called molting. During the process, they also replace internal organs, such as stomach lining, and can even regrow lost legs.

Tarantulas can cost around $25 – $75. Be careful with them! Don’t let them fall from high distances!