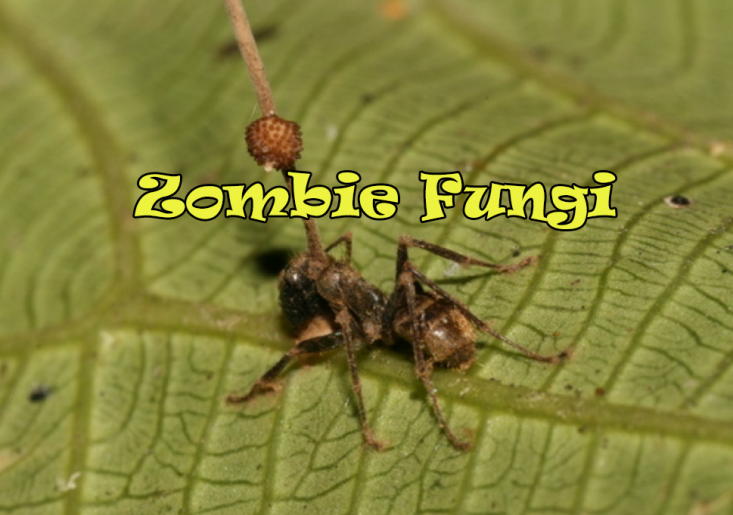 Have you ever heard of a fungus that takes over insects through mind control and turns them into living ‘zombies’? Well, if you haven’t yet, let me introduce Cordyceps to you.

Cordyceps, mostly found in tropical forests or jungles, is a parasitic fungus known for infecting insects by releasing spores that attach and penetrate its victim’s body. There are over 600 identified species of Cordyceps spread over the world, and each type remarkably specializes in just one species of insect.

Ophiocordyceps unilateralis is a species of Cordyceps that specifically targets the ant tribe Campotini, one of the most common insects that fall victim to this parasitic fungus. This is the reason why this type of Cordyceps gained its popular alternate name, zombie-ant fungus.

The infection begins once the spores have landed on the ant’s body. The Cordyceps infiltrate its body and flood it with chemicals that slowly control the ant’s nervous system. It takes over its muscles, changes its behaviors, and directs its movements. During the incubation period, the ant may appear normal and can interact with the rest of the colony undetected. But as the infection spreads, the ant will start to act strangely. Its movements become twitchy and erratic, behaving like a “zombie.”

Controlled by the fungus, the ant leaves its nest and climbs upwards, about 10 inches or 25 centimeters above the ground where conditions are suitable for fungal growth—just the right amount of sunlight and humidity. The ant is then forced to bite its jaws into a leaf’s central vein and permanently attaches itself until its death. This act is commonly known as the “death bite or death grip.“

Several days after its death, the fruiting body of the Cordyceps grows, and stroma or a stalk with a bulbous capsule full of spores erupts from the ant’s head! After three weeks of growth, the zombie-ant fungus erupts and releases its spores. Since the infected ant is located high above the ground, its fungal spores float off in the air and rain down once released, infecting more ants that are nearby. This cycle repeats to achieve the Cordyceps main goal: to grow and reproduce.

Cordyceps fungus are extremely dangerous and deadly because they can wipe out entire ant colonies, but ants have remarkably found a way of survival. The infected ants discovered by others are quickly carried out of their nests and dumped far away from the colony. It might sound harsh, but it’s a price to pay to prevent further infection.

This parasitic fungus is scary because it preys on different species of insects, but it also serves a positive effect on our planet. It creates a checks and balance system, meaning no species can ever dominate too much. It helps protect the diversity of the ecosystem.

Well, that’s all for the mind-controlling fungus Cordyceps!

But before I end it here, I have one trivia to share with you. Did you know that there was a video game released in 2013 based on this real-life fungus? Do you know the name of it?

In the world of this game, a variation of Cordyceps evolved into a rogue mutated strain, which in turn infected humans, causing a worldwide zombie apocalypse.

Now you might be wondering if Cordyceps can infect humans too and turn us into living zombie. Do not fret, because the answer is a definite NO. This parasitic fungus specifically just infects insects. Our bodies are also very different from insects and far stronger at attacking pathogens, so a zombie apocalypse caused by Cordyceps is far-fetched, but might make a fun science-fiction story!