KidzNet > Pets and Animals > All About Salamanders 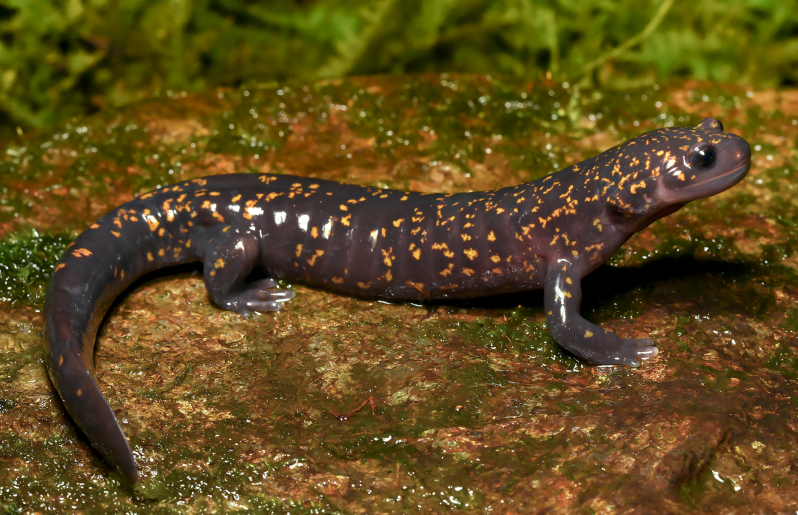 Have you ever heard of an animal that was believed to have been born from fire and could pass through fire unharmed?

If you haven’t yet, let me introduce you to the salamander.

According to Old European folklore, salamanders were born from fire and could withstand fire as they were often seen mysteriously crawling out of logs that were thrown onto fires. In fact, the name salamander originated from the Greek word “salamándra‘, which means Fire lizard.

Although, as much as this is a fantastic idea, it is only a myth about salamanders. In reality, they’re not born from fire, and they’re definitely not fire-resistant.

Salamanders are amphibians, or cold-blooded vertebrates that can live both on land and water. They belong to the family Salamandridae and the order Caudata (Urodela). In addition, the genus Salamandra comprises ten families: salamanders, newts, sirens, mudpuppies, Congo eels, and many more. There are approximately 600 recognized salamander species, and they are considered the second largest group of amphibians.

People often confuse salamanders with lizards because of the similarities in appearance, such as their long tails and slender bodies. However, these two are far different from each other. Salamanders are amphibians (with toads and frogs), while lizards are reptiles (crocodiles, turtles, and snakes). Also, salamanders have moist, smooth, porous skin without scales, while lizards typically have dry, scaly skin.

Salamanders come in different sizes, but most species are commonly around 4 to 6 inches long. They are also generally four-legged and short-bodied. Their skin may be brightly colored or boldly patterned, commonly exhibiting diverse patterns of dots, stripes, blotches, spots, or bars. And like other amphibians, their skins are permeable to water, and they use it for breathing.

In addition, salamanders can often be seen near water in ponds, brooks, creeks, damp woodlands, or other moist areas. They are also fond of eating small animals, such as snails, worms, and insects.

What are your thoughts about this? Do you know any fun facts about salamanders? Please comment down below to share it with others.