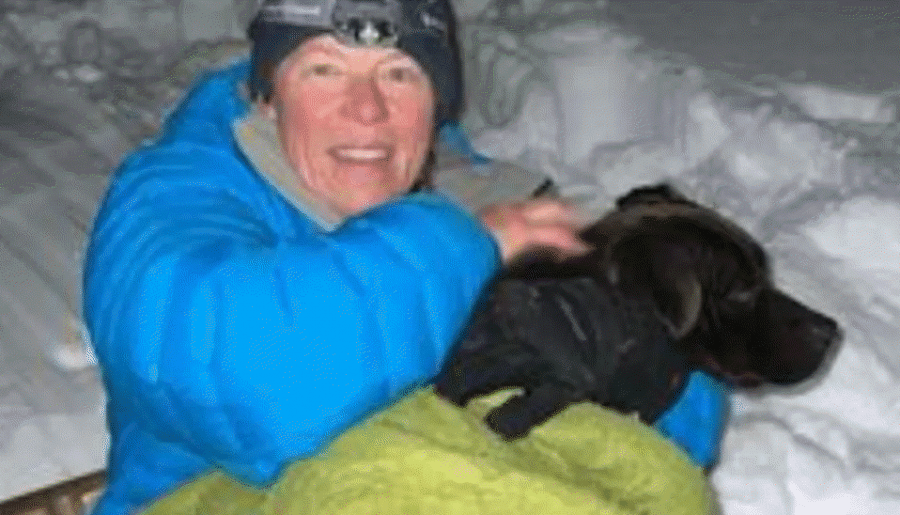 Ricardo Rodriguez and his 3-year old pitbull named Russ went on a camping trip near Lake Tahoe in August 2021. Everything was going well until Russ somehow got spooked by his surroundings and took off. Rodriquez spent hours looking for him, but all attempts of finding his dog, Russ was unsuccessful. He called the local shelters to report him missing, thinking it’s his best bet of finding Russ since he also has a collar and a tag with his name, along with a microchip on him.

But soon after, the Caldor Fire started and swept throughout Northern California at the end of August, and the South Tahoe residents were mandated to evacuate, along with Rodriguez, who was forced to leave without Russ. Months later, after the ferocious fire, a snowstorm hit the West Coast, including parts of the Lake Tahoe region, which made Rodriguez think he would never be able to see his dog ever again.

But on December 16th, Wendy Jones, founder of the animal organization TLC 4 Furry Friends & Tahoe PAWS, was alerted by a snowboarder who reported that there’s a dog curled up next to a tree near Twin Peaks, just west of South Lake Tahoe. Jones did not waste any more time and sent two volunteers to look for Russ in freezing temperatures and thigh-high snow.

In the distance, the two volunteers spotted the dog, curled into a ball, motionless, until he lifted his head and opened his eyes. The two volunteers felt absolute joy, seeing Russ alive because they really thought that it would be just a recovery instead of a rescue mission. They then pulled Russ carefully and wrapped him in blankets as they sledded him down the snowy hill and into safety.

Russ was transferred to a vet and stayed in the shelter for a few days while the volunteers tried to find Rodriguez, his owner. Luckily, they were able to contact Rodriguez due to the microchip in Russ. Rodriguez, who is currently living in Southern California, was ecstatic when he received their call but remained in disbelief until he saw Russ himself.

The two, Rodriguez and Russ,  reunited happily on December 26th after four months of being apart, thanks to all rescue parties and the shelter involved who helped in the mission.