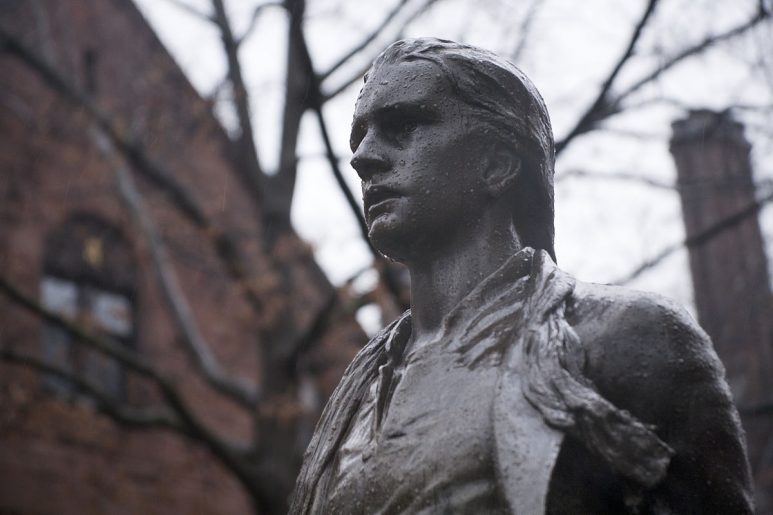 Nathan Hale should be an example to us all. He did what not many human beings would be willing to do: lay down his life for his country. His selflessness set an example for many who were to come and he was a forerunner for the American Revolution.

Nathan Hale was born on June 6, 1755, in Coventry, Connecticut. His parents, Richard and Elizabeth Hale, were devout Puritans and had sworn to raise him by teaching him the values of Christianity and hard work. He went on to attend Yale University with his older brother and he graduated with honors after excelling in literature and debate. He then became a teacher.

Hale’s first job was teaching at a public school, but soon after that, he was accepted into a teaching position at Union Grammar School, a private school in New London, Connecticut. He would teach a class of about twenty girls, followed by their brothers in the next period. He began to wonder if the world’s views about women getting a higher education were correct. He enjoyed teaching the girls just as much as he did the boys.

Hale genuinely desired to be a Christian minister or a chaplain in the military. He prayed hard for the opportunity, however, he did not get to do either of those things. Records say he was a teacher his whole working life up until the Revolutionary War.

When the British had begun the siege of Boston, Hale enlisted in the Continental Army. Nobody knows for sure if he was fighting in these first battles, because he was still a teacher, although records do indicate he was a captain in the army around that time. After the defeat in Boston, the army moved to New York, where they lost the Battle at Brooklyn Heights.

In the meantime, General George Washington needed information badly; he needed a spy. Hale volunteered to pose as a schoolteacher looking for work in Long Island. Soon after beginning the job, he heard of the British troops engaging the Colonial army. He quickly sped back to New York and went behind enemy lines. He went deep into the command and attempted to gain the enemy’s plans. He tried very hard and, even at one point, may have gone in as a food server to try and listen to the generals making their plans over chicken and ale.

What happened next is controversial. Some say that it was his cousin, Samuel Hale, who found him out and turned him into the British. Others say it was a British officer posing as a patriot who invited him to a tavern to give him information and then captured him. Either way, Hale was sentenced to death by gallows. He was to be hanged by William Cunningham, a British major known for his brutality.

Nathan Hale asked for writing materials so that he could write two letters, one to his mother and one to his brother. Cunningham then took the letters and destroyed them, stating, “The Rebels should know that they are not going to treat traitors with respect.” Hale asked for a Bible, but his request was also refused. Cunningham’s excuse was that spying was against God’s Word; therefore, the traitor should not be allowed to read God’s Word, if he wasn’t going to obey it.

Hale was marched out by a guard and hanged upon an apple tree in Rutgers’ orchard. The place was near the present intersection of East Broadway and Market Streets. Cunningham asked him to make his dying “speech and confession.”

“I only regret,” he said, “that I have but one life to lose for my country.”
He was twenty-one years old when he died. It is a satisfaction to know that Cunningham was hanged for his crimes in England not many years afterward.

Nathan Hale gives us the example of laying down our lives for something higher than ourselves, whether it be family, friends, country, or faith. We should learn from Nathan Hale and be willing to lay down our lives as well.

Connecticut decided to make Hale their official state hero in the year 1985, and even before that, statues were erected of him, so we can remember the loss that he gave for his country. He is a symbol of self-sacrifice and martyrdom. Let us look not only at Nathan Hale but also at Jesus, as we follow this example.