KidzNet > Facts > Friday the 13th: Its Origins and Why It Scares People 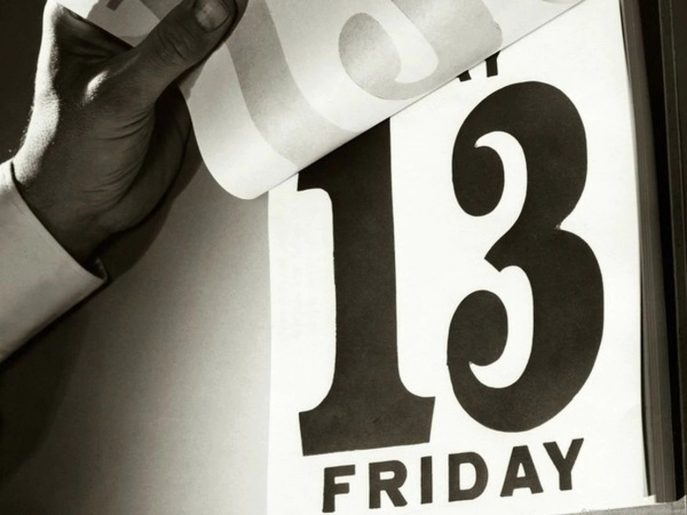 From crossing paths with a black cat to looking into a broken mirror, many pervasive superstitions regarding bad luck exist.

But one thing that’s significantly considered the harbinger of bad luck is Friday the 13th. This is when the 13th day of the month falls on a Friday. And this past January 13, 2023, this creepy and allegedly the most cursed day on the calendar occurred.

You might’ve already noticed how so many people dread this strange day. So much fear and uneasiness envelopes around it. People often cancel their travel arrangements and tours. Doctor appointments and important events, like weddings are also most likely rescheduled. People avoid anything to stop the misfortunes that might befall them on this very superstitious day.

Now, you might be wondering why all this fear. What’s with Friday the 13th that scares people so much?

The definite origins of this superstition are still unknown because it has evolved across cultures and time. However, others believed it came from religious beliefs, specifically Christianity.

The fear of Friday the 13th may have stemmed from the Last Supper held on Thursday. Thirteen guests attended the gathering, including Jesus and his 12 apostles. It was believed that Judas, the man who betrayed Jesus, was the 13th guest. And the day of the crucifixion of Jesus was on Friday.

This also has given rise to the superstition that having 13 guests at a table is a bad omen and could cause death.

Another possible origin was Norse mythology. According to folklore, 12 gods had a banquet at Valhalla or the majestic hall located in Asgard. However, Loki, the god of mischief, was not invited. He then gate-crashed the banquet, arriving as the 13th god and guest. He deceived Hodr, a blind god, and tricked him into shooting Balder, his brother, with a mistletoe-tipped arrow. Balde, the god of light, was killed instantly.

Moreover, some biblical scholars believed it was Friday when Adam and Eve ate the Tree of Knowledge‘s forbidden fruit.

Also, it was Friday the 13th when Cain, the firstborn of Adam and Eve, murdered his brother Abel.

In addition, witches were reportedly gathered in groups of 12 in Ancient Rome. And it was believed that the 13th was the devil.

However, Friday the 13th wasn’t feared in Spanish-speaking countries. Instead, Tuesday the 13th is considered a day of bad luck. People in Greece also consider Tuesday, especially the 13th, a bad luck day. Moreover, in Italy, Friday the 17th is regarded as an unlucky day.

As this superstition arises, some people develop a fear of the number 13, which is called Triskaidekaphobia. There’s also a name for the phobia or fear of Friday the 13th, which is paraskevidekatriaphobia.

So is Friday the 13th really cursed or an unlucky day?

Up to this day, there is no proof that validates Friday the 13th is truly unlucky. Nevertheless, Friday the 13th still haunts many people, and many will still fear and choose to avoid doing anything risky.

What are your thoughts on this? Have you experienced any bad luck on that day? Do you know other reasons why people fear Friday the 13th? Comment down below with your answers!