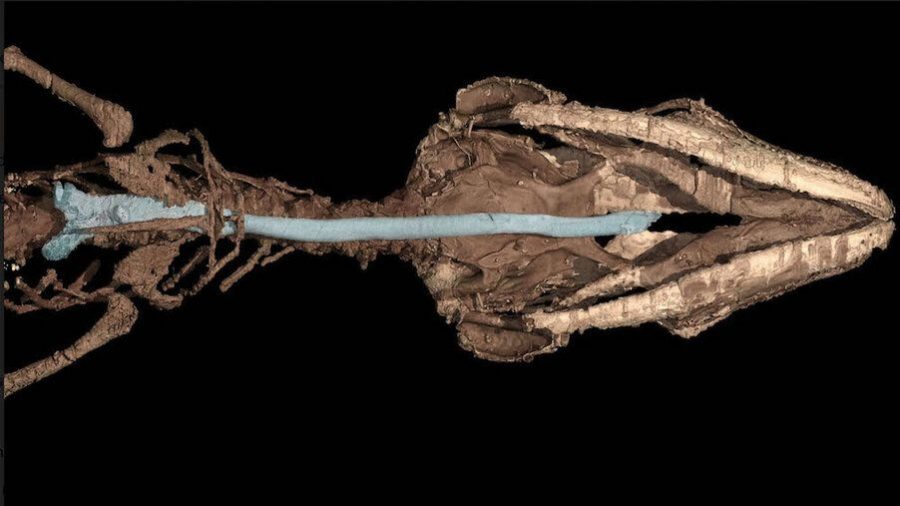 Most modern reptiles living today, such as lizards, snakes, and crocodiles are said to be descendants of dinosaurs. But have you ever wondered if reptiles, particularly lizards, have actually lived when dinosaurs still roamed the Earth?

The answer is Yes.

A new scientific study titled “A new Early Cretaceous lizard in Myanmar amber with exceptionally preserved integument” has shown the main evidence that some lizards did exist with dinosaurs about 110 million years ago, specifically during the Albian age of the mid-Cretaceous period.

An ancient species of lizard named Retinosaurus Hkamtiensis was found trapped in amber or tree sap (resin) in Myanmar. The paleontologists were able to study the external appearance and skeleton of the said lizard because its entire anatomy was well-preserved—from its eyelids, scales, and skin down to its skeleton.

They used a CT Scan or a medical imaging technique to analyze the specimen, which allowed them to create 3D renderings or lifelike graphics of the fossilized lizard. They have also uncovered that the lizard was still young when it got trapped in the amber resin based on the patterns of the scales and skeleton.

If proven that the Retinosaurus lizard is an ancestor of Xantusiids, then it could mean they traveled through areas of Gondwana or the ancient supercontinent. The supercontinent Gondwana was fully formed about 600 million years ago but separated during the Early Jurassic Period (180 million years ago). To this day, the separated continents that formed from it are South America, Australia, Africa, Antarctica, Madagascar, Arabia, and India.

According to paleontologists, this recent discovery can help us understand how the ancestors of these lizards evolved to the modern-day lizards we see today.