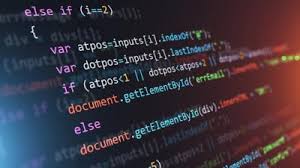 I’m a young self-taught programmer and I’m fluent in many programming languages. My parents don’t know much about computers, so I learned coding by YouTube and e-books. Based on my experience, mainly the programming languages are hard, except for a few of them.
Also a quick tip: Math won’t leave you aside along your programming journey, so it’s better if you’re familiar with it. But that’s not that necessary if you struggle with math! Even if you aren’t good at math, it’s still cool!

Here are some of the best programming languages for kids:

Python is an open source programming language made to both look good and be easy to read. A programmer named Guido van Rossum made it in 1991. Python is named after the television show Monty Python’s Flying Circus. Many examples and tutorials include jokes from the show.

Python is a good programming language for beginners. It is a high-level language, which means a programmer can focus on what to do instead of how to do it. Writing programs in Python takes less time than in another language.

Despite the similarities in name and syntax, JavaScript is not related to the programming language Java. Though the names of both languages are trademarks of Oracle Corporation, the two languages follow different design principles, and are actively developed by unrelated organizations.

Lua is an open source programming language. It was created in 1993 by Roberto Ierusalimschy, Luiz Henrique de Figueiredo, and Waldemar Celes.

Lua is used for many different things, especially in video games such as World of Warcraft and SimCity 4. It is also used in the popular virtual world sharing website Roblox.

Java is the name of a programming language created by Sun Microsystems. This company was bought out by Oracle Corporation, which continues to keep it up to date. Major Java updates are usually released every two years.

Java, which was called Oak when it was still being developed, is object oriented, meaning it is based on objects that work together to make programs do their jobs. Java code looks like C, C++, or C#, but code written in those languages will not work in Java in most cases without being changed.

Java runs on many different operating systems, including Android, the world’s most popular mobile operating system (while Java continues to be used on Android, even by its maker Google, they no longer prefer Java; now Kotlin is their preferred language, that can also be used with all Java code). This makes Java platform independent. It does this by making the Java compiler turn code into Java bytecode instead of machine code. This means that when the program is executed, the Java Virtual Machine interprets the bytecode and translates it into machine code.

Scratch is a block-based visual programming language and website targeted primarily at children. Users of the site can create online projects using a block-like interface.

Scratch takes its name from a technique used by disk jockeys called “scratching“, where vinyl records are clipped together and manipulated on a turntable to produce different sound effects and music. Like scratching, the website lets users mix together different media (including graphics, sound, and other programs) in creative ways by creating and remixing projects, like video games and animations.

C++ runs on a variety of platforms, such as Windows, Mac OS, and the various versions of UNIX. C++ is simple and practical approach to describe the concepts of C++ for beginners to advanced software engineers.

Ruby is a language in text used to tell machines what to do – a programming language. Ruby was created in the mid-1990s by Yukihiro “Matz” Matsumoto in Japan.

It looks like the English language, like the language you are reading now. It has more qualities:

Many programmers like it because the creator tried to make it easy and nice to use.

Swift is a general-purpose programming language made by Apple Inc. Originally released in 2014, Swift has been known to be used for making iOS applications

Do you program in any of these languages? Please comment below.