KidzNet > Debate > Should We Keep Animals In Zoos? 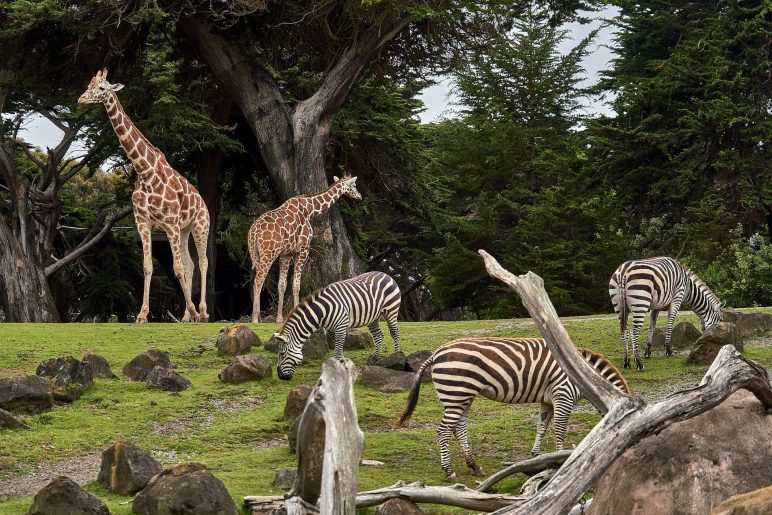 Thousands of people visit local zoos every day because they provide a fantastic opportunity to see and watch the animals housed within enclosures and displayed to the public up close and personal.

If you’ve ever been to one, you might have remembered that feeling of being in awe after seeing even the most endangered and exotic species that you have only seen in books and videos alive and real.

Zoos have long existed, and humans have captured and displayed animals for thousands of years for entertainment. The first-ever recorded zoo collections date way back to 2500 BCE in Ancient Mesopotamia and Ancient Egypt, one of the oldest civilizations in human history. Tiergarten Schönbrunn in Vienna, being the oldest operating zoo, opened in 1752.

Going on a trip to the zoo sounds so exciting, right? Of course, it has always been a popular activity for families, especially with children, but did you know that keeping animals in zoos has also been debatable?

Some people believe zoos are a great way to educate the public about the conservation and protection of animals. Still, other people argue that zoos negatively affect the welfare and well-being of kept animals; thus, zoos must be eradicated.

So how do we know if we should continue keeping animals in zoos, and should they even exist in the first place?

Read the pros and cons below to understand both sides of the argument to help you decide.

There is a poll at the end where you can vote and comment on this important debate question.

It also provides an educational resource for scientists because zoos allow them to explore animal biology and behaviors, which is equally essential to protect and conserve animals and their habitats in the long run.

Studies have also shown that people who visit zoos have increased their understanding of biodiversity (different kinds of animals) and learned ways to help protect them.

In addition, zoos are a good educational tool for students because they provide hands-on learning, form empathy and connections through activities and programs, and boost scientific learning through guided tours.

Zoos play an important role in saving endangered species from extinction by bringing them to a safer environment. Many animals have become endangered due to environmental problems, habitat destruction, starvation, and poachers.

Many zoos also have breeding and rehabilitation programs, which protect endangered species and take in exotic pets that were abandoned.

Zoos also provide additional revenue for local communities, which helps increase the economic status of a place. They offer jobs to people, encourage tourists to visit their community, and create other tourism opportunities that will generate sources of income.

Serves as a Family Activity

Going on a trip to the zoo can be a traditional activity to do with family and friends. This is especially great for families with children because it creates a memorable and bonding experience.

Studies have shown that animals in captivity develop serious physical and mental health problems due to stress and lack of stimulation or physical activity.

Many animals suffer because they live in an unnatural environment, often confined in cages or enclosures, so they have limited space to move. Unlike their freedom in the wild, animals are deprived of their freedom.

These situations can lead to boredom, stress, depression, and other behavioral changes.

They are also commonly introduced to medical exams, changes in diet, and the various people visiting with a camera, which also negatively affects the animal’s overall well-being.

Animals kept in a zoo are more common to suffer from zoochosis, which is usually caused by sensory deprivation, loneliness, stress, insanity, and captivity.

Animals in captivity also have higher chances of dying when released back to the wild because they become dependent on humans and haven’t developed their natural behaviors and survival instincts to fend for themselves.

Programs for breeding new animals often lead to overpopulation. When that happens, surplus animals or healthy animals that zoos consider as not useable are sold to hunting facilities, circuses, petting zoos, pet trades, and safari parks.

In some cases, other surplus animals are killed outright. An example of that is the story about Marius the giraffe, an 18-month old giraffe killed in Copenhagen Zoo in Denmark back in 2014.

Many (bad) zoos fail to provide adequate care and needs for animals in captivity, and animals live in poor facilities, which results in malnutrition, diseases, and even death.

Some zoos inflict inhumane practices on the animals. Other animals are even forced to learn tricks and perform for entertainment and profit.

What are your thoughts on this? Please vote below and give the reason or any thoughts in the comments.