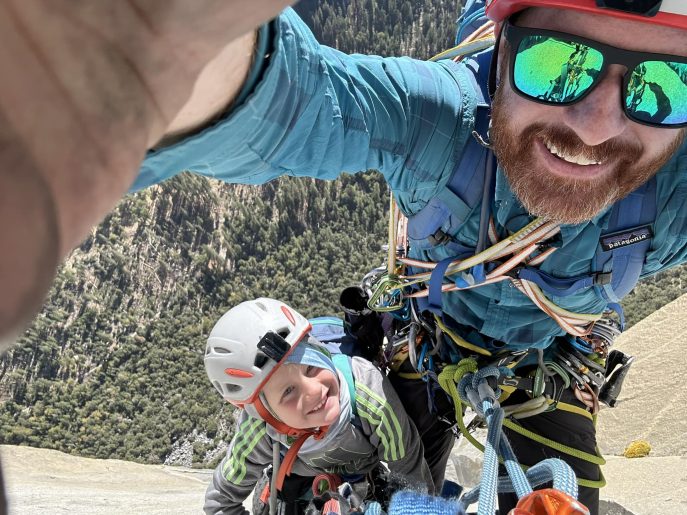 For hikers and mountaineers, El Capitan, or El Cap as it’s better known, is widely considered one of the most brutal climbs in the world.

This iconic landmark has become a metaphor for doing something remarkable yet terrifying. And only a few people have reached this scary rock wall’s summit. But what if I tell you that an 8-year-old boy climbed the top of California’s El Capitan?

Meet Sam Baker, the 8-year-old boy who officially became the youngest person to climb El Capitan. He achieved the towering feat on October 28, 2022 with his father, Joe Baker, cheering by his side. They are part of a four-person team, where one person climbs ahead of the group and sets the ropes for others to follow.

The duo began the ascent on October 25 and reached the summit on October 28. They were instructed with the help of two guides. Throughout the climb, Joe expected his son to become emotional and cry, as the climb was hard. However, Sam worked through it and was brave.

Sam’s accomplishment was hardly a surprise, as he had been training for the El Capitan ascent for at least 18 months. He also summited Moonlight Buttress at Zion National Park in Utah as a test run for this.

Aside from this, rock climbing has been a favorite pastime for the Baker family ever since. And Sam’s been doing these tandem climbs since he was three. When he was six, Sam climbed to the top of Lost Arrow Spire, a detached pillar in Yosemite National Park in California.

When people ask Sam how he can climb, as most get so scared, he tells them, “Hey, that’s easy. All you got to do is do the thing that you’re afraid of, and you’ll overcome your fear.”

However, Sam’s achievements have been riddled with controversy. Some Yosemite climbing community members say that the method the duo used, “jugging,” is not true climbing.

Jugging, also known as rope ascent, uses a rope to go upwards and involves handheld devices like clamps to slide up a set rope placed by a guide farther up the rock. So, in essence, the pair didn’t interact much or touch the rock face.

Moreover, one long-time climber called the pair’s achievement a “publicity hoax” and said they didn’t deserve any recognition because they didn’t climb a foot.

However, despite criticisms, we can’t discredit Sam’s feat, as reaching El Capitan’s summit can be difficult and dangerous, no matter the method used.

What are your thoughts about this? Do you have rock climbing stories? Comment down below and share them with others!