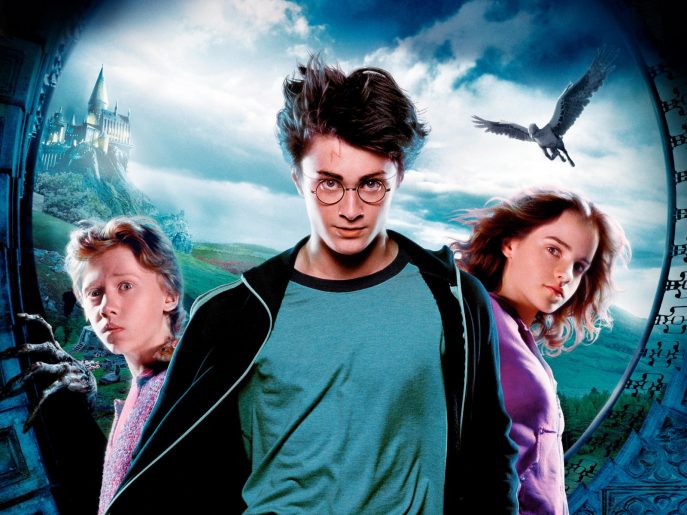 The Harry Potter movie franchise was comprised of eight movies in total over ten years, and each movie was made with great attention to detail and design.

We, as Potterheads, pride ourselves on all the facts we know about the wizarding world. And I bet you’ve rewatched the movie series countless times already.

But did you know there are tons of interesting tiny details hidden throughout the Harry Potter movie series? I’m pretty sure you might already know some of these intriguing tidbits, but even those devoted fans who have watched the films many times can stumble upon new easter eggs for themselves each time they rewatch them.

Don’t worry—I’ve got you covered. Get ready and scroll down to discover them.

Here are the 20 wicked details in Harry Potter movies you might have missed.

If you haven’t read the interesting 10 facts about Harry Potter you may not know, you can visit it here on Kidznet.

Harry Potter and the Sorcerer’s Stone

A Remembrall is a magical glass ball containing smoke that turns red when its owner has forgotten something.

Neville Longbottom received a Remembrall as a gift from his grandmother at the beginning of the school year. As soon as Neville held the Remembrall, it turned red, meaning he forgot something. But the problem was he could not remember what he’s forgotten.

It was pointed out that what Neville forgot was his robes. All the other students in the Great Hall were wearing their robes, and Neville wasn’t wearing one.

You can see a smaller Quidditch trophy next to James Potter’s name, the initials: M.G. McGonagall. This tiny detail reveals that Professor McGonagall won a Quidditch award in 1971.

In her school days, Professor McGonagall was a gifted Quidditch player, but she faced a nasty fall (foul) during the Gryffindor versus Slytherin game in her final year. This incident left her with several broken ribs, a concussion, and a prevailing desire to beat Slytherin.

When Oliver Wood releases the Golden Snitch while teaching Harry about the rules of Quidditch, you will see Wood immediately losing track of the snitch, looking around aimlessly for it. But, at the same time, Harry keeps his eye on the golden snitch, tracking it perfectly. This shows Harry’s talent for being a seeker.

Harry’s scar hurts when his eyes and Snape meet, but it’s not because of Snape. Instead, it’s because Harry was facing the back of Professor Quirrell’s head, which was where Lord Voldemort was living at that time.

Notice that Snape notices Harry’s scar hurting, and he turns to look at Professor Quirrell, looking suspicious of him.

Harry Potter and the Chamber of Secrets

Gilderoy Lockhart is a celebrity wizard who became a temporary Defense Against the Dark Arts teacher at Hogwarts. He’s known for being vain, egocentric, and for his flamboyant blonde hair hairstyle.

But if you noticed the scene when he was caught by Harry and Ron trying to flee as he was tasked to save Ginny Weasley, you will spot this incredible detail about Lockhart’s luscious wig on his desk. You will also see him packing his wig inside his bag. This tiny detail reveals that Gilderot Lockhard was, in fact, bald.

Before Tom Riddle showed his memories, Harry was inside a candlelit room. When he’s inside the diary (Tom Riddle’s memories), everything is colored black and white, but you may notice Harry still having color and the subtle flickers of the candle that was next to him in the real world.

If you look carefully, Ron’s robes look worn, paler, and dingier (light gray) compared to other students’ jet-black robes, referencing they were most likely hand-me-downs from his siblings.

Harry Potter and the Prisoner of Azkaban

Inside the Leaky Cauldron, you will see a wizard mixing his drink while reading a book titled “A Brief History of Time” by none other than Stephen Hawking!

In the scene where Draco threw a piece of enchanted parchment to Harry to mock him, you may notice, if you look closely at the bottom-left corner, that Draco actually took his time to sign the doodle he sent to Harry.

When Fred and George give the Marauder’s Map to Harry, you will see figures walking around Hogwarts. If you look closely, you will see Newt Scamander’s name there, revealing he’s strolling the halls.

You may know more about Newt Scamander in the Fantastic Beasts and Where to Find Them film.

Harry Potter and the Goblet of Fire

You will see a reflection of Nagini, Lord Voldemort’s terrifying snake, slithering in the reflection of the Warner Bros. Logo. It’s a subtle detail that’s easy to miss!

The Goblet Of Fire’s End Credits

In the Triwizard Tournament, or the magical contest between the three largest wizarding schools, one incredibly dangerous event, including dragons, took place.

In the Harry Potter and the Goblet of Fire’s end credits, you will notice an amusing detail or line saying,

“No dragons were harmed in the making of this movie.”

Harry Potter and the Order of the Phoenix

You will notice the change in the color of Umbridge’s pink outfits, growing a darker shade of pink as she gains more power in Hogwarts.

During the Dumbledore’s Army (DA) meetings, Harry is seen wearing button-down sweaters, similar to what Professor Lupin would usually wear. This subtle detail was Daniel Radcliffe’s idea as he thought Harry would want to imitate Professor Lupin, his favorite Defence Against The Dark Arts teacher.

Harry Potter and the Half-Blood Prince

When Dumbledore visits young Tom Riddle in the orphanage, seven rocks are lined up on the windowsill in his bedroom. This detail foreshadows Tom Riddle, better known as Voldemort, splitting his soul into seven Horcruxes.

While Horace Slughorn disguised himself as an armchair as Dumbledore and Harry visited his house, you can visibly see his feet, which gives him away.

Harry Potter and the Deathly Hallows

As Professor McGonagall steps in and duels Severus Snape, he only deflects McGonagall’s spells because Snape still considered McGonagall as an important friend, and made it look like they were dueling. You can also notice Snape redirecting the spells to his fellow death eaters (Alecto and Amycus Carrow), knocking them down. Before Snape flees through the window, he collects the death eaters’ wands.

The moment Harry Potter reveals he is still alive, George turns around excitedly to tell his twin brother Fred, who’s usually next to him. But Fred isn’t there because he already died in the Battle of Hogwarts. Heartbreaking!

If you keep your eyes open, you will notice Voldemort’s robe fading in color every time a Horcrux gets destroyed. This references Voldemort’s slowly fading away.

As the Harry Potter movies progressed, you will notice the Warner Bros. logos got darker and more tarnished.

That’s all, folks! You might want to watch all eight movies again to spot these incredible easter eggs!

How about you? What interesting hidden details in Harry Potter have you spotted? Make sure to comment down below to share it with others.