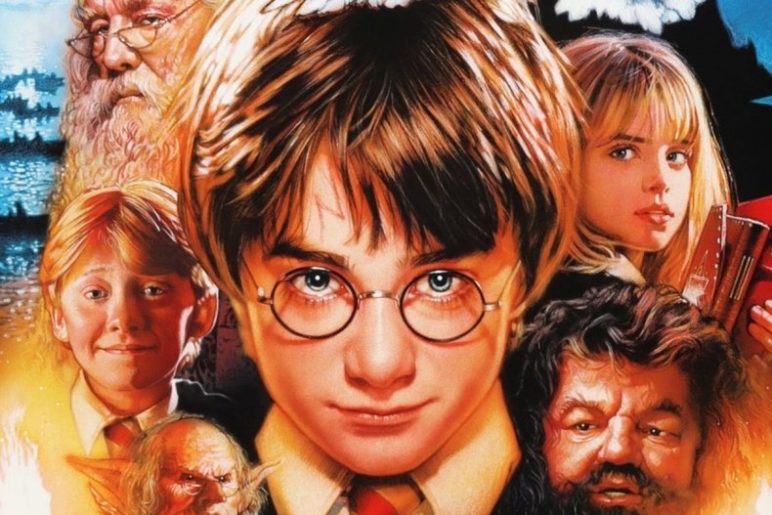 Twenty-one years later, after Harry Potter first hit the big screens, it is still the best-selling book series in history and one of the most well-known series of all time.

If you’re a Potterhead like me, you might’ve already known a lot of the facts from the wizarding world. Although there are still many fun facts about Harry Potter that even some of the most ardent fans aren’t aware of.

So, I’ve gathered some interesting facts about the Harry Potter books and films you may not know.

If you haven’t read or watched any movies or are just planning to have a Harry Potter Marathon now, you might want to finish them first and get back here once you’re done because there are spoilers ahead.

Read on to find out more about the top 10 fun facts about Harry Potter.

J.K Rowling and Harry Potter have the same birthday

Joanne Kathleen Rowling (J.K. Rowling), the author of the books, was born on July 31, 1965, in Yate, United Kingdom. She shares her birthday with Harry Potter, also known as The Boy Who Lived, who celebrates his birthday on July 31, 1980. Harry would turn 42 years old in the summer of 2022.

The Correct Pronunciation of Voldemort

Tom Marvolo Riddle, better known as Lord Voldemort, The Dark Lord, You-Know-Who, or He-Who-Must-Not-Be-Named, was the most dangerous and powerful Dark Wizard of all time in the wizarding world.

The name Voldemort was derived from the French phrase “vol de mort,” which means “flight of death” or “theft of death.”

But did you know that, according to J.K. Rowling, the correct pronunciation of Voldemort should be “Vol-de-MOR,” not “Vol-de-mort?”

The “t” is silent, just like how the French pronounce it when T is the last letter of a word. However, Rowling acknowledged that she might be the only person pronouncing it that way.

After all this time, I’ve been pronouncing Voldemort’s name wrong! What a surprise!

The Death Eaters were named after J.K Rowling’s friends

The Death Eaters were the most devoted followers of Lord Voldemort. The group consisted of fully-fledged wizards and witches who were pure-blood supremacists. These people viewed themselves as inherently superior or elite of the wizarding world, and the non-magical folk, also known as Muggles, were considered inferior. They believed that Muggle-born wizards were unworthy of studying or possessing magical ability because they were considered “impure.”

And here’s an interesting trivia about the Death Eaters.

They were actually named after J.K Rowling’s friends. In 2008, J.K. Rowling delivered a powerful commencement speech at Harvard University, which was where she revealed this fact. The excerpt was,

“The friends with whom I sat on graduation day have been my friends for life. They are my children’s godparents, the people to whom I’ve been able to turn in times of trouble, people who have been kind enough not to sue me when I took their names for Death Eaters.”

Multitudes of spells are in Latin

The spells mentioned in Harry Potter are derived from actual Latin words. For example, the spell ‘Obliviate’ used to erase memories of someone comes from the Latin word ‘obliviscor,’ meaning I forget. Lumos, the spell that illuminates the wand’s tip (acting as a flashlight), is from the Latin word ‘lumen,‘ meaning light. Expecto Patronum, the powerful defensive charm against Dementors, translates to “I await a guardian.”

In addition, the Hogwarts motto, “Draco dormiens nunquam titillandus” is also Latin, and it means “Never tickle a sleeping dragon.”

Fred and George Weasley were born on April Fool’s Day

Fred and George Weasley, the mischievous twins of Arthur Weasley and Molly Weasley, were born on April 1, 1978.

Arthur Weasley was supposed to die

J.K. Rowling revealed in an interview that she planned to kill Arthur Weasley in the attack on the Department of Mysteries instead of being severely wounded. But she could not bear to do it because she thought there were only a few good fathers in the book, and Arthur Weasley was one of them. So she spared him, but this decision led her to kill Lupin and Tonks instead.

She also mentioned that she once thought of killing Ron just out of sheer spite if she wasn’t in a happy place but didn’t continue it.

Before Rowling finalized the characters, some of the characters’ original names were Draco Spinks, Neville Puff, Hermione Puckle, and Lily Moon (Luna Lovegood).

Bloomsbury, the Harry Potter series publisher, gave the final book, Harry Potter and the  Deathly Hallows, strange code names to prevent early leaks and spoilers. The code name was “Edinburgh Potmakers” and “The Life and Times of Clara Rose Lovett: An epic novel covering many generations.”

Many fans might not know this, but Professor Minerva McGonagall has had tragic love stories. She was only 18 years old when she fell in love with a Muggle boy named Dougal McGregor, a funny, clever, and handsome son of a local farmer.

But because Dougal did not know what she was, a witch, she realized that it would be the end of all her ambitions and build a life founded on lies, just like how her parents’ marriage was. She also couldn’t tell Dougal the truth because she would lose her job in the Ministry of Magic if she ever told him about the presence of the magical community. She told Dougal she had a change of heart and could not marry him instead.

Professor McGonagall later got married to Elphinstone Urquart, her old boss at the Ministry. But three years into their marriage, Elphinstone died from a Venomous Tentacula bite. It brought tremendous sorrow to Professor McGonagall. She couldn’t bear to live and remain in their home, so she returned to Hogwarts Castle after Elphinstone’s funeral and poured all her attention into her works.

It was also partly a tribute to his mother, whose maiden name was Prince. He chose Prince instead as a pseudonym because his father was abusive.

That’s all for the fun facts! I hope you enjoyed reading this!

If you want to learn more about the wizarding world, you can also check out J.K. Rowling Originals, a collection of her writing.

How about you? Do you know any fun facts about Harry Potter? Please comment down below to share it with others.