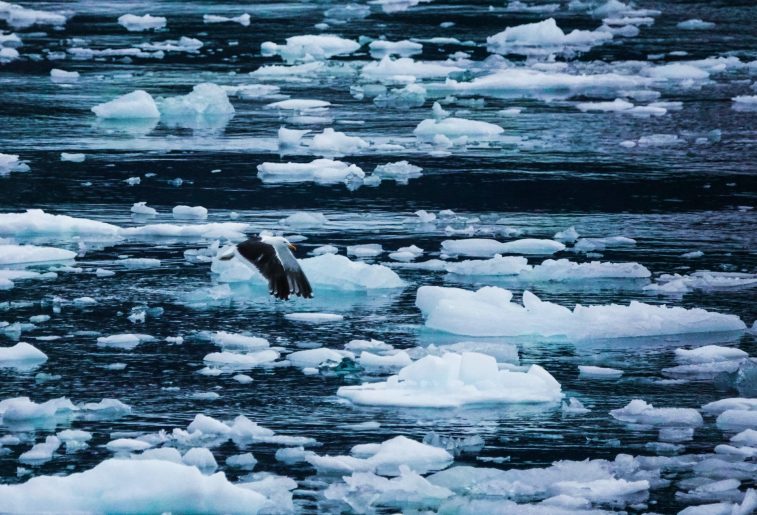 The Earth’s poles, North and South, are simultaneously experiencing a rise in temperatures above normal levels in mid-March.

Weather stations located in the parts of Antarctica have already recorded the place was 104° Fahrenheit (40° C) warmer than usual! Weather stations located near the Arctic regions have also recorded signs of heatwaves, hitting about 86° F (30° C) above standard levels. In addition, the recorded temperature beat the previous historical record of Antarctica, which was 15° F (59° C).

The unprecedented findings alarmed the climate scientists because, according to them, the melting of both the North and South pole at the same time is an unusual occurrence. This is because they are opposite seasons, located on opposite sides of the world. They also warned that this discovery could signal and further accelerate an ominous event, Climate breakdown (previously known as Global Warming).

According to Mark Maslin, an Earth System Science professor, the recorded temperatures show that we have entered a new phase of climate change earlier than anticipated. As the heatwaves hit our Earth’s poles, it can result in the polar melt.

As the temperatures get warmer, more polar ice melts, resulting in rising sea levels. Additionally, polar ice melting exposes the dark ocean surface, which absorbs more heat from the sun. This could lead further to a cycle of heating the planet and melting the polar sea ice. The continuous cycle could worsen climate change.

Why is polar sea ice important?

The sea ice, especially the Arctic sea ice (considered as the Earth’s refrigerator), is important for our planet because it reflects the solar heat or sunlight back into space. As a result, it helps the temperatures near the poles remain relatively cool to the equator.

If the sea ice melts and the sea levels continue to rise, environmental problems will worsen, impacting all of us. Coastal communities and small islands will be forced to move inland due to coastal flooding. Coastal erosion and storm surges will also worsen, which are destructive weather events.

Loss of sea ice will also affect the animals depending on it as their habitat, including polar bears, arctic foxes, reindeer, walruses, and many other species. In addition, long-dormant diseases, ancient microbes, and viruses in the sea ice may be released if the melting continues.

What are your thoughts about this? Please comment down below.