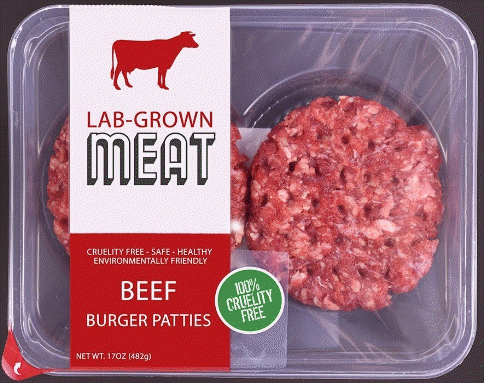 Consumption of meat, such as beef, pork, and poultry, has always been a big part of most people’s daily lives. And for the past decades, consumption of it has increased dramatically worldwide. As the demand for meat consumption continues to grow globally, so does the need to produce them.

However, scientists believe consuming too much meat has created profound environmental consequences. For example, it greatly contributes to climate change because of increased animal waste, greenhouse gas emissions (livestock releasing them), higher water use, land degradation, and reduced biodiversity.

So how can we prevent this continuous global environmental impact when we, humans, need to eat meat too?

Well, a food technology company believes they may have the answer to that.

UPSIDE Foods is a California-based food technology company that produces cultivated meat from cells directly harvested from live chicken. The company recently received a “No Questions” letter from the U.S. Food and Drug Administration (FDA), which means its cultivated meat is approved and is safe for human consumption after careful evaluation.

The company was founded in 2015 and has been perfecting its food products, including beef meatballs and delicious ducks.

However, they decided that the meat they would cultivate and sell first is chicken because it’s the most consumed meat in the U.S. and worldwide. It is also because chicken is expected to reach around 40% of all meat consumption by 2030.

Receiving this “green light” is a remarkable milestone for meat production as this technology can produce meat without slaughtering animals. This can also help reduce negative environmental impacts as it reduces the carbon footprint of meat production.

So how does UPSIDE Foods make cultivated meat?

The company harvests cells from a single chicken to cultivate, which are placed in a vessel called a cultivator (stainless-steel tank) in a clean, contamination-free facility.

The cultivator follows the natural process to form meat, just like how it would grow from an animal but in a different format. It maintains the right oxygen levels and temperature for the cells to grow and multiply.

To grow and develop, these cells are nourished by feeding them a blend of micronutrients, such as vitamins, trace minerals, amino acids, and sugars. And just after three weeks in the cultivator, the meat is finally ready for harvesting. What’s really great about this is that once harvested, the cultivated meat is ready to be checked, prepared, packed, and served.

Did you know that cultivated meat takes only 1/3 of the time it takes to raise, farm, and slaughter a chicken traditionally? And this production facility can produce up to 50,000 pounds of meat a year!

The country that was first allowed to sell cultured meat was Singapore. Eat Just Inc., a start-up company, received regulatory approval in 2020 to market its lab-grown chicken.

And advocates hope that cultivated meat will soon be an environmentally friendly alternative as meat production continues to raise concerns about animal welfare issues, factory farming, and climate impacts of meat production.

According to the Dairy Farmers of America (DFA), it will still take months before UPSIDE Foods can begin to sell its cultivated meat products on grocery store shelves and reach consumers. This is because the company would need to secure its additional clearance first and have a label approved for the finished product by DFA.

What are your thoughts on this? Do you think it is a good or bad idea? Please vote below and give the reason or any thoughts in the comments.