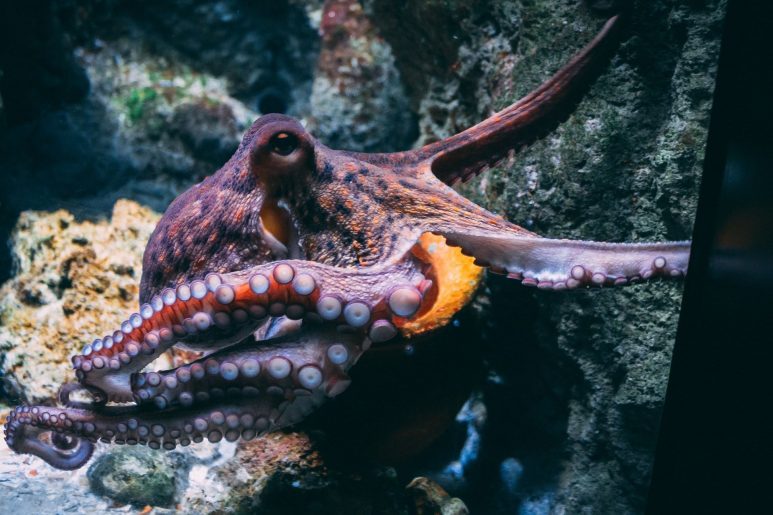 Octopuses are one of the most extraordinary and mysterious sea creatures living on our planet. Due to their amazing yet bizarre qualities, they are also often considered the monsters of the deep, along with other cephalopods like squid, cuttlefish, and nautiluses. Did you ever think that they might be aliens? Well, you might be right! A recent scientific paper titled “Cause of Cambrian Explosion – Terrestrial or Cosmic?” claims octopuses actually came from outer space! Interesting idea, isn’t it?

The research paper was published in the journal, Progress in Biophysics and Molecular Biology, on March 13th by a team consisting of 33 authors. They proposed several theories that might shed some light on the mystery surrounding the origins of life, including where octopuses came from.

One of their theories suggest that cephalopods, like squids and octopuses, may have arrived on our planet Earth several hundred million years ago through icy bolides, or meteorites falling from space. These icy bolides are said to have contained the frozen cryopreserved squid and octopus eggs, or stored cells at extremely low temperatures inside.

They further explored Panspermia, which is a theory proposed in the 1970s that suggests life already exists in the universe in the form of microbes, or what they call seeds, and that these seeds of life are continuously transported from outer space to different planets like Earth by comets, meteorites, and even spacecrafts.

Another theory they suggested was that the extraterrestrial virus infected a population of primitive squids, which caused them to evolve into the modern octopuses we know today.

The researchers also stated pieces of evidence that could prove why octopuses are actually from outer space. It includes the striking evolutionary features of octopuses, such as their sophisticated nervous system and large centralized brain, flexible bodies, camera-like eyes, and the ability to communicate and camouflage themselves in an instant by switching their color and shape.

Octopuses are indeed intelligent creatures. They were found to have the ability to solve puzzles, complete tough tasks to get food rewards, open jars, and escape traps. They can also use tools, build little shelters, and even recognize people. According to the researchers, these striking characteristics make it possible to suggest that octopuses are indeed from a far distant cosmic place in terms of terrestrial evolution.

For a long time, scientists have been trying to answer one of the biggest unanswered mysteries: the origins of life on Earth. The scientific paper may have stated interesting pieces of evidence, but they are still unproven, so the possibility of octopuses being aliens remains a mystery. Still, we cannot just overlook the reality that our universe holds many secrets that we have yet to discover, so this theory is still something to think about.

What are your thoughts about this? Do you think octopuses are actually aliens from outer space? Please comment down below with your answers.