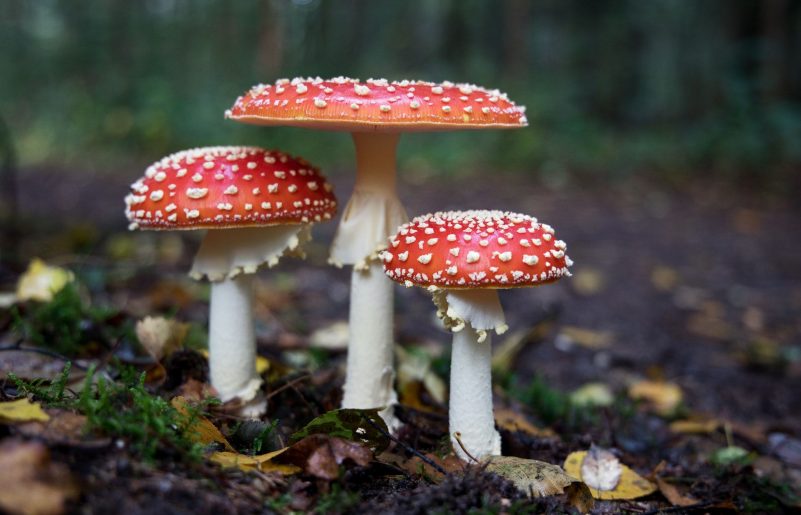 Have you ever stopped and wondered if plants can talk to each other?

But what if I tell you there has been a study that suggests mushrooms can speak to each other?

Yes. You heard me right. It’s possible that mushrooms can actually communicate with each other!

Recent studies have discovered that mushrooms send one another electrical impulses in clusters or signal groups. They also found that the spikes in this activity appear to have patterns comparable to human speech. The study was conducted by Professor Andrew Adamatzky, a computer scientist at the Unconventional Computing Laboratory from the University of West of England (UWE).

Prof Adamatzky has been studying fungi for years now. According to his previous research, fungi communicate with one another by sending signals through hyphae or a long, branching, filamentous tendril. This structure is what an organism uses to explore its surroundings and grow. It is also said that hyphae are similar to how neurons (nerve cells in humans) transmit information.

The study also revealed that the amount of electrical impulses increases when the mushrooms encounter new food sources. This suggests that they use this “language” to share information to let each other know about new sources of food or even potential threats (injury).

Prof Adamatzky conducted a new study to investigate this discovery further and know whether these electrical signals are identical to human language. His latest research has been published in the Royal Society Open Science.

He also recorded their electrical activities and translated them into binary strings which are a mathematical language using number combinations. These binary strings helped him decipher different words.

However, some scientists are skeptical about the findings and believe that more research is needed before officially calling it a fungal language. They also stated that these spikes could be meaningless because similar pulsing behaviors were previously recorded when fungi transport nutrients or forage for food. This could explain the recorded spikes in the new study.

There’s a long way to go before scientists can figure out their language’s interpretation and be sure if mushrooms do communicate with each other. Even so, Professor Adamatzky hopes that more fungi can be studied in the future to translate what their “words” mean.

Here’s a video you can watch for more information about what mushrooms can do.

What are your thoughts about this? Do you think mushrooms can actually communicate with each other? Please comment down below with your answers.